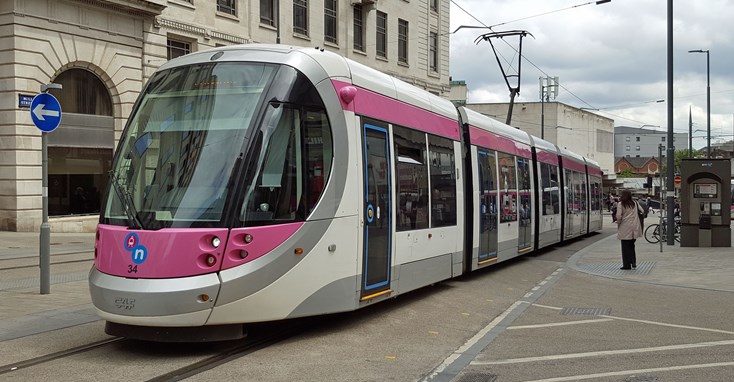 Transit officials in the Midland, UK, the region with the second-highest use of public transit after the London area, want to set up a pay-as-you-go fare payments system like Transport for London operates.

Transit officials say they believe the new fare-collection system could be operational by 2022, but they do not yet have the funding to build the system, which would cost an estimated £20 million (US$25.7 million).

(This premium article was originally published in September 2020. © Mobility Payments and Forthwrite Media.)

Transit officials in the Midlands in the UK are calling on the government to fund a London-style contactless fare-payments system across this large section of the country, which would enable riders to tap to pay for trips on rail, bus and tram networks with either closed- and open-loop cards and credentials on smartphones.

The officials hope to repeat the success of Transport for London’s pay-as-you-go contactless services with contactless EMV bank cards and NFC wallets, along with the closed-loop Oyster card.

Transport for West Midlands, which already runs the second largest transit fare payments system in the country, including in the UK’s second-largest city, Birmingham, would lead development of the new fare payments system, dubbed “tap and cap,” expanding on its Swift card service. The Midlands, including the West and East Midlands regions, has a total population of 10 million.

Riders would be able to get daily and weekly fare capping for rides regardless of the transport mode or operator. Besides rail, bus and tram, that could eventually include bicycle and scooter rentals, according to an announcement today by the Transport for West Midlands authority.

Transit officials say they believe a Midlands-wide fare-collection system could help customers deal with the impact of the Covid-19 pandemic, which has caused more people to work from home or assume other flexible work arrangements. This will reduce the value of season tickets, such as monthly passes, going forward, said the officials. The pandemic also has raised concerns about paying with cash or paper tickets, which are believed–although without much scientific evidence–to promote the spread of the virus. The new contactless system could make payments “touch free” through the Midlands, said the officials.

“With work habits changing in the face of the coronavirus pandemic,we must support more flexible travel patterns, and this scheme would allow us to do exactly that,” said West Midlands mayor Andy Street in a statement.“I will be pressing the case to (the) government.”

Transit officials say they believe the new fare-collection system could be operational by 2022, but they do not yet have the funding to build the system, which would cost an estimated £20 million (US$25.7 million). Part of that would pay for new card readers that would have to be certified to accept contactless credit and debit cards branded by Visa, Mastercard and likely AmEx, along with open-loop card credentials on NFC devices for such NFC services as Apple Pay and Google Pay.

“Government must deliver on its promises to ‘level-up’ and support passengers in Birmingham and the wider Midlands, as it has done in London,” Birmingham City Council lead Ian Ward said in a statement.

Transport for London’s multimodal pay-as-you-go contactless service enables customers to tap either their contactless EMV bank cards and NFC phones or their Oyster cards for rides on the London Underground, buses, trams, commuter rail and at some national rail stations and around the London metropolitan area.

London’s open-loop fare payments service, which was fully rolled out in the fall of 2014, has become a showcase service globally. Available with daily and weekly capping on the various modes of transit that Transport for London oversees, open loop is the most-used payments option for riders, surpassing season tickets toward the end of 2019 and Oyster before that.