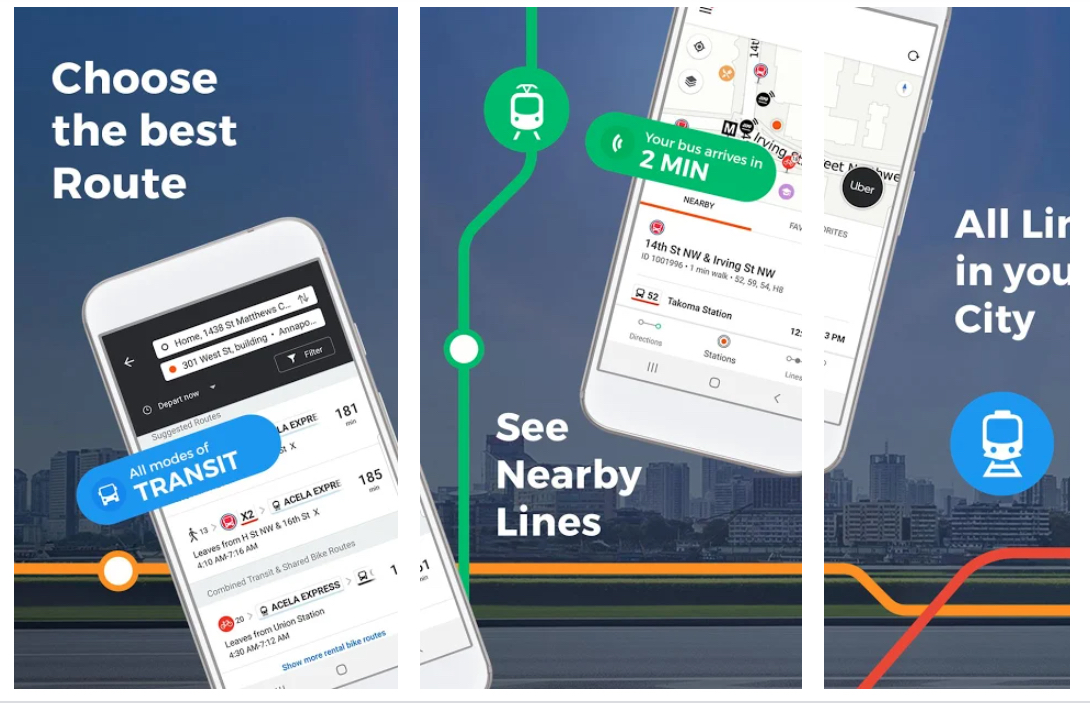 Moovit plans to enable more public transit agencies to sell their tickets through its app. Providing ticketing and payments will also help Moovit keep pace with rival trip-planning apps, such as Transit, which also are beginning to enable users to book and pay for trips on buses, trains and other transit modes.

The NEORide consortium is planning to enable contactless EMV payments, as well. The consortium is now installing more than 1,000 validators on buses through Masabi. The units cost $1,200 apiece, plus $425 per unit for installation, not counting warranty and training.

(This premium article was originally published in September 2020. © Mobility Payments and Forthwrite Media.)

Moovit, which bills itself as the world’s largest “urban mobility app,” has begun to enable public transit ticketing and payments from its platform, as it seeks to deliver what it says is a true mobility-as-a-service experience for users.

The trip-planning app, which was acquired by Intel in May 2020, is announcing it has enabled riders of a group of 13 small and mid-tier public bus agencies in the U.S. states of Ohio and Kentucky to purchase and validate tickets in the Moovit app. Moovit’s head of growth and marketing told Mobility Payments that the company plans to enable mobile payments and ticketing in other cities, as well. Providing ticketing and payments will also help Moovit keep pace with rival trip-planning apps, such as Transit, which also are beginning to enable users to book and pay for trips on buses, trains and other transit modes.

Mobility Payments‘ sister publication NFC Times in May had first reported that the Ohio-based consortium, called NEORide, was in talks to enable ticketing through Moovit, following the group’s integration with Canada-based Transit app last year and also with the Uber app in July. The Uber ride-hailing service app has a public transit component.

NEORide’s joint fare-collection system, EZfare, offered in these trip-planning apps, uses an SDK from UK-based software-as-a-service ticketing provider Masabi. The transit agencies in the NEORide group also offer EZfare as a separate branded mobile app, using a white-label app from Masabi. Masabi says it is providing cloud-based ticketing to more than 80 transit agencies this way. Most are small to mid-tier agencies in North America. And most do not yet sell tickets to board their buses and trains in third-party trip-planning apps–at least not yet.

“Part of our vision is to aggregate mobile payment and ticketing into the Moovit app, and open it and label it in more and more transit agencies around the world,” Yovav Meydad, Moovit’s chief growth and marketing officer, told Mobility Payment. “And there’s definitely great interest by the different transit agencies, specifically in North America.”

He added that the Covid-19 pandemic is increasing that level of interest among agencies and their riders, who want greater social distancing and more “touchless ticketing” with less use of cash.

Moovit and other trip-planning apps also work with other cloud-based mobile ticketing platforms, which in some cases also can support card-based payments. In addition to Masabi, they include U.S.-based Token Transit and the TouchPass platform from large automated-fare collection system vendor Cubic Transportation Systems. Together these three platforms enable more than 200 transit agencies to offer cloud-based ticketing. As with Masabi’s client base, most of the agencies for the other ticketing providers are in North America and most are small to mid-tier agencies.

Moovit announced an expanded partnership with Cubic in June that is expected to lead to combining Cubic’s ticketing technology with Moovit’s trip-planning platform, targeted at Cubic’s transit agency clients.

Other Trip-Planning Apps Moving on Ticketing
Besides Moovit, the Transit app has already enabled public transit ticketing in several North American cities, including Denver and St. Louis, along with Cincinnati and the NEORide group and, most recently, in its home base of Montréal, Canada. And Google Maps has been testing a ticketing service initiated in its app with three small U.S. transit agencies, with rollouts planned, including in Santa Monica, Calif. Some of the implementations use APIs rather than SDKs, the former allowing the trip-planning apps to communicate with the separate ticketing platforms.

In addition, the trip-planning apps in some cases already enable users to book and pay for tickets or passes for other modes of transit, including ride hailing and bike share. Adding public transit ticketing turns these apps to a much greater degree into mobility-as-a-service, or MaaS, platforms, potentially enabling users to plan, book and pay for door-to-door multimodal travel all in one app.

“We’ve proven by our numbers and our global adoption that aggregating information for thousands and thousands of transit agencies and shared mobility services is possible,” said Moovit’s Meydad. “Ticketing solutions, such as those powered by Masabi, for example, will further make mobility as a service a reality in more cities around the world.”

The software-as-a-service platforms, which Masabi calls “fare payments as a service,” usually display tickets on smartphone screens in a form that can be validated by visual inspection by bus drivers or other transit agency staff or with 2-D bar codes that riders can have scanned by validators on board the bus or at train or tram gates or stops. The ticketing platforms are account-based so can support other fare media, including reloadable closed-loop contactless smart cards. They also can enable open-loop payments with contactless EMV credit and debit cards and card credentials on NFC devices.

The NEORide consortium is planning to enable contactless EMV payments, as well. The consortium is now installing more than 1,000 validators on buses through Masabi. The units cost $1,200 apiece, plus $425 per unit for installation, not counting warranty and training.

Besides the NEORide consortium, Moovit only has two implementations so far in its app to enable mobile ticketing, with two small U.S. transit agencies–one in Little Rock, Ark., and the other in Fort Wayne, Ind. Both use APIs to communicate with the Token Transit ticketing platform.

The offer will incorporate Moovit’s trip-planning platform combined with Cubic’s own mobility-as-a-service technology, such as its account-based Urban Mobility Back Office, along with Cubic’s cloud-based ticketing platform TouchPass and its real-time passenger information system, NextBus.

“Part of our partnership with Cubic announced was exactly around that vision of going together, Cubic and Moovit to Cubic’s customers,” said Meydad. “These are the largest public transit agencies or authorities in North America and it’s offering our joint solution together.”

Boris Karsch, then vice president of strategy for Cubic, told NFC Times earlier in 2020 that the company intends to bring the Moovit capability to all of its clients, not just in the large cities.

Karsch also said that Cubic could add its TouchPass platform, which it acquired with its purchase of start-up Delerrok. Cubic saw a “lot of pent-up demand among smaller agencies (in the U.S.) for electronic ticketing,” he said. Many of these are agencies still only accept cash or paper tickets. Cubic finalized the Delerrok acquisition early this year, paying a total of around $43 million for the start-up.

Karsch said he could imagine that over time, the third-party fare-collection platforms would be used by “larger and larger agencies.” That is significant coming from Cubic, the largest automated fare-collection vendor globally, which has built or is building complex fare-collection systems worth hundreds of millions of dollars for some of the largest public transit agencies globally, including those in London, New York, Chicago, Los Angeles, San Francisco, Sydney and Boston.

“Larger agencies still perhaps prefer more heavy customization and things like (advanced) user interfaces, etc.,” said Karsch. “Over time, people will see the benefits of an ‘as-a-service’ model, same as even the largest companies right now use Salesforce because of the cost benefits and the proven track record of those solutions.”

‘Competition a Very Good Thing’
The software-as-a-service ticketing platforms are central to initiatives by trip-planning apps to incorporate ticketing and payments.

The NEORide consortium of 13 bus agencies serving Ohio and Northern Kentucky that will sell tickets through Moovit will use an SDK from Masabi. Masabi also helped NEORide introduce mobile ticketing in the Transit app last year. That includes the consortium’s largest member, Cincinnati Metro, and a few other agencies, which use the Transit app exclusively for ticketing, not the consortium’s own branded EZfare app. That’s in addition to support for NEORide in the ride-hailing Uber app. Public transit ticketing in the Uber app was already live in Denver and Las Vegas.

The NEORide consortium told NFC Times that it was selling more than 60% of its mobile tickets through the Transit app and the rest through the separate white-label EZfare app, as of February 2020, thanks to the use by Cincinnati Metro, a bus operator overseen by the Southwest Ohio Regional Transit Authority. RTD Denver, on the other hand, sells most of its tickets through its own app.

Both NEORide and RTD Denver, among other agencies, are installing new validators on board buses that will be able to scan QR codes in the apps, as well as accepting closed-loop contactless cards. The validators will also be ready for open-loop payments.

Until then, the transit agencies will start with mobile ticketing. And Moovit’s Meydad told NFC Times that he believes Moovit will capture a significant share of users buying tickets in Cincinnati and elsewhere, despite the head start that the Transit app got.

“So we think competition is a very good thing for the consumer,” he said.“We’ve never been afraid of competition. We believe that we offer consumers a better user experience and that experience is not just going to be about payment, it’s going to be the entire MaaS (mobility-as-a-service) experience. First, you need to plan your ride, with accurate reads on arrivals.”

True Mobility as a Service?
Moovit, which notes that it has hundreds of millions of users for its trip-planning platform in more than 3,000 cities globally, also prides itself on having the most accurate real-time arrivals and schedule changes compared with other major trip-planning apps. But Moovit’s Meydad agrees that multimodal trip planning alone doesn’t constitute true mobility as a service.

Most definitions of true MaaS describe them as platforms that enable users to plan, book and pay for multimodal transit all in one place, such as in a mobile app. These apps should also enable users to book their entire trips, from their original departure points to their final destinations, using various modes of transit in the apps, including public mass transit. Most experts predict public mass transit will serve as the backbone of most true MaaS platforms.

Although there has been much anticipation of MaaS transforming the transportation space, it has been slow to take off. Meydad said he believes Moovit apps combined with ticketing and payments meet the definition of true MaaS. And enabling people to “plan, pay and ride” from one trip-planning app would accelerate adoption of MaaS, he said.

“The first and last mile connectivity with bicycles and scooters and shared cars and Uber and Lyft–all of these options need to be aggregated into a single app (in addition to public transit),” he said. “So you need to be able to view a schedule to plan a trip using a multimodal planner, but also being able to pay using the same app would further simplify the user experience.”

And this, in turn, could reduce use by commuters of their private cars, he added. That is the ultimate goal of most backers of mobility as a service.

And with public transit agencies and other mobility providers seeking ways to ease concerns of wary travelers afraid to come back for fear of catching the coronavirus when they pay, third-party trip-planning apps are likely to expand ticketing services to more and more cities in the months to come. 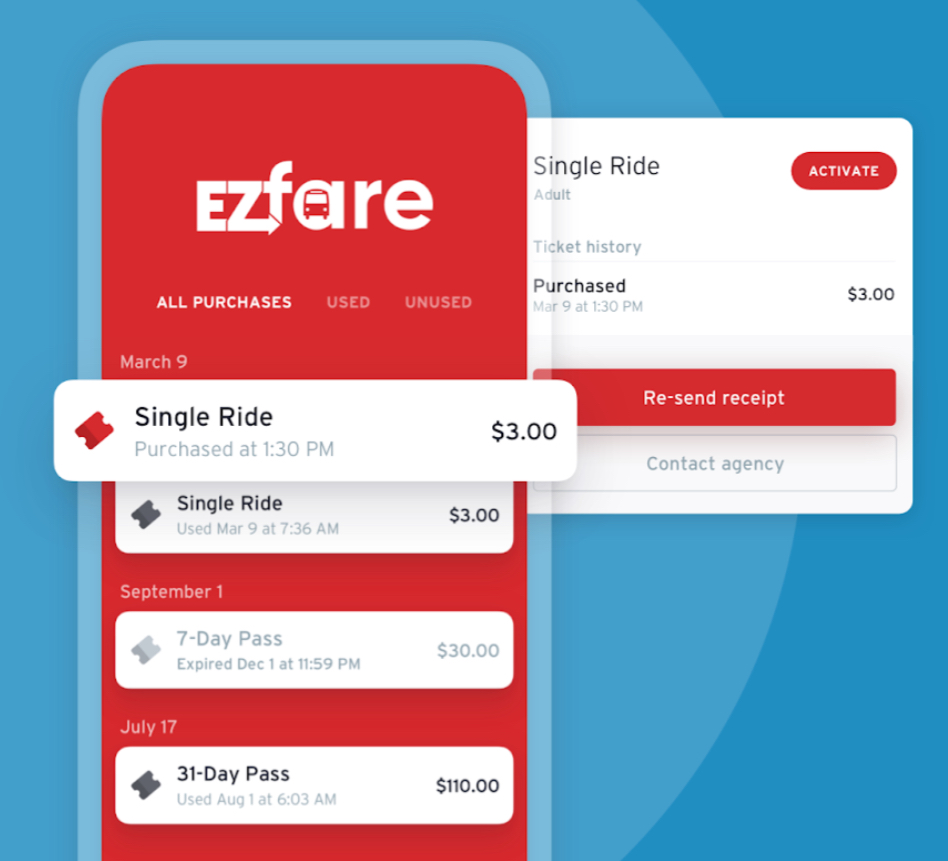 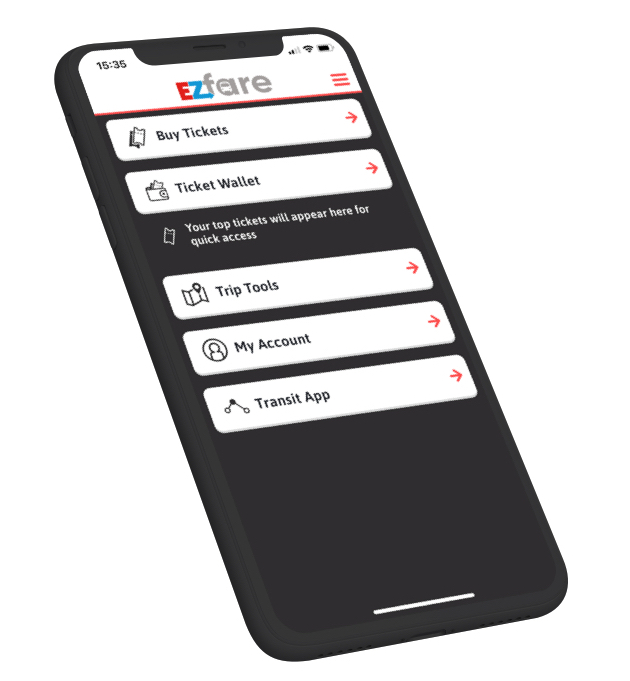