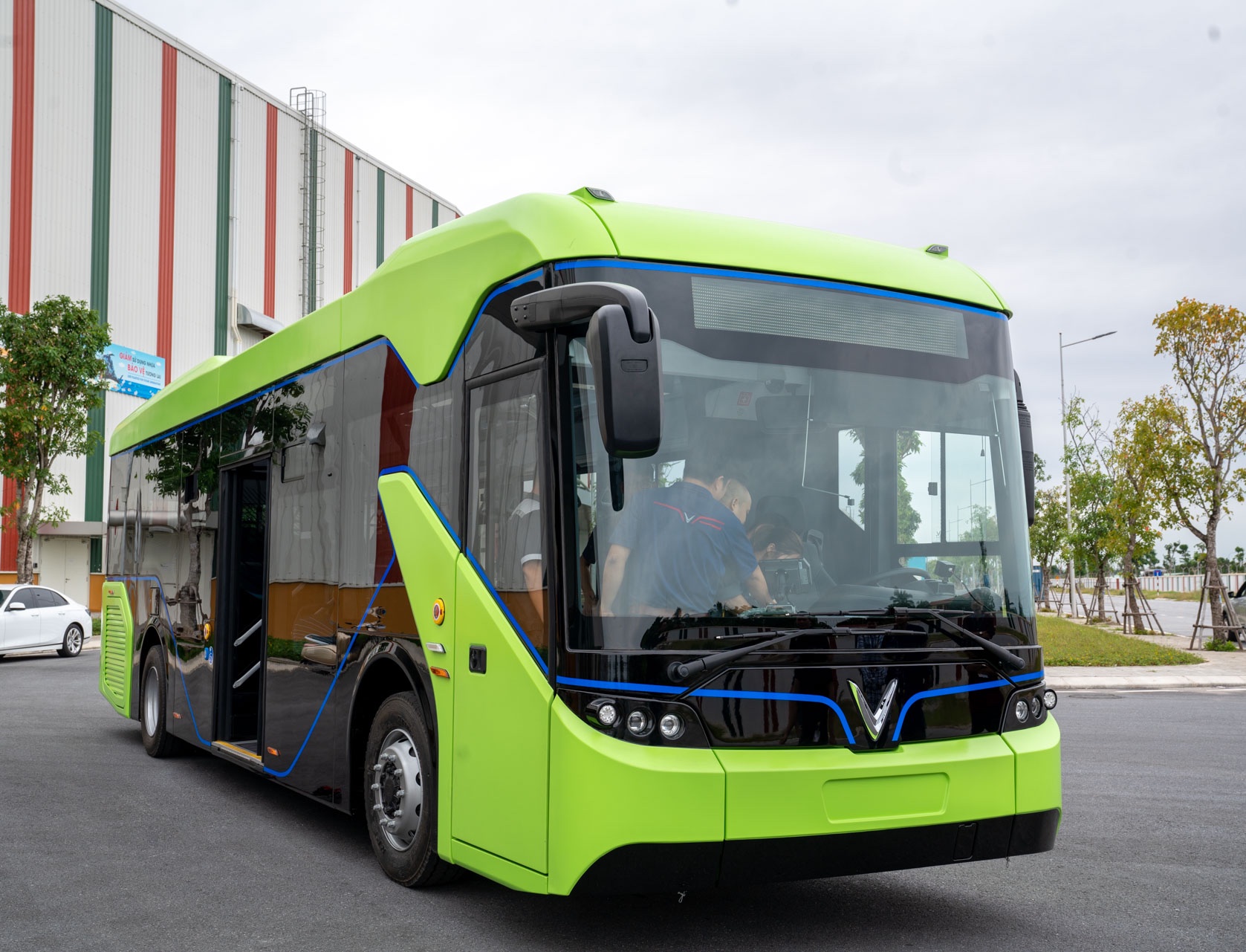 Commercial bus company VinBus, which launched its first electronic buses this month, also enables users to tap to pay with contactless debit cards on board.

Visa announced last year that contactless transactions at retail with Visa-branded cards had grown by 500% in the first six months of 2020, compared with the same period in 2019. It did not release the actual numbers of transactions.

A commercial bus company serving Vietnam’s capital, Hanoi, has launched contactless open-loop payments on board its new electronic buses, and reports say officials and bankers would like to see contactless EMV payments expanded to other modes of transport.

VinBus, which launched its first electronic buses this month, also enables users to tap to pay with contactless debit cards on board. It’s unclear how many buses are enabled for contactless, at present, but they cover one route. The company said it planned to expand electric buses to more routes in 2022 and was reportedly planning to operate electric buses in such other major cities as Ho Chi Minh City (formerly known as Saigon) and Da Nang.

A deputy director for payments network NAPAS reportedly predicted that other banks would issue contactless cards and that contactless payments would be available on such transport modes as conventional buses, railway and subways. As for the latter, Hanoi only recently launched metro service on one line and metro service is planned for launch in Ho Chi Minh City in the next year or two.

Visa announced last year that Vietnamese consumers are taking to contactless EMV payments for retail. The payments network said contactless transactions with Visa-branded cards had grown by 500% in the first six months of 2020, compared with the same period in 2019. It did not release the actual numbers of transactions.

Visa attributed the growth in large part to the Covid-19 pandemic, which, as in other countries, has created more demand for cashless payments methods.

A survey that the payments network commissioned to promote the technology showed that 37% of Vietnamese consumers were using contactless card payments, last year. Of those, 85% said they used contactless cards at least once per week.

Visa has been pushing contactless EMV for transit payments at least as far back as September 2018, when it convened a workshop with the Ho Chi Minh City Department of Transportation, titled “Contactless Payment in Mass Transit Systems.”

The meeting discussed prospects for launching contactless fare payments on the Ho Chi Minh City subway, which at the time was scheduled to open in 2020. The new transit system has been delayed and is not due to launch any earlier than the end of 2022.