The New South Wales government has released more details about its “Opal Plus” MaaS trial, which will offer a large number of weekly subscription plans that bundle rides on various public transport modes. In addition, users will apparently have to book rides with private mobility providers separately. Besides a MaaS app and digitalization of plastic Opal cards, agency upgrades will include new Opal terminals.

The New South Wales government in Sydney has released more details about its “Opal Plus” mobility-as-a-service trial, which will offer a large number of weekly subscription plans that bundle rides on the metro, trains, trams and buses in the Australian state. In addition, users will apparently have to book rides with private mobility providers separately.

The government and the transit authority it oversees, Transport for New South Wales, announced the MaaS trial Friday, along with plans to roll out a digital version of its closed-loop Opal card, as Mobility Payments reported. It’s part of an AU$568 million (US$395 million) to upgrade the Opal fare payments system.

A Transport for NSW spokeswoman told Mobility Payments today that the funding–to be finalized next week in the fiscal 2022-23 state budget–will include money for Opal terminals.

“The upgrade will incorporate investment in new systems and infrastructure, including the rollout of new Opal readers across the network,” she said, adding that the state “will be running a number of “competitive tender processes” in coming months.

Technology Suppliers include Apple, Mastercard and Moovit
The tender or tenders will include the new Opal terminals and also possibly parts of the development of the MaaS platform and the general digitalization of Opal. The state, however, appears to have already selected many of the technology suppliers for the MaaS trial.

It’s not clear whether the transit agency already has concluded contracts with all of these suppliers. As Mobility Payments reported in December, according to a contract awards notice on the New South Wales government site, the state awarded a nearly AU$500,000 (US$347,000) contract to Moovit in 2021 for a 12-month MaaS trial. The notice said the trial was to run from Oct. 13, 2021 through Oct. 11, 2022.

He said the trial will enable “customers to bundle public and private transport services and plan their journey across multiple transport options, all in the one app.”

And Brissett indicated that the agency expects customers to use digital Opal cards, loaded into mobile wallets on users’ smartphones to tap on and tap off at gates and platforms and on board vehicles. These digital cards, which Brissett referred to as “Opal+ cards,” would be tokens linked to customer accounts in the back office. MaaS app users will likely also be able to tap with contactless credit and debit cards and credentials in NFC wallets.

The MaaS app and payments will only be available on the iPhone, at first, with digital Opal+ cards no doubt stored in the Apple Wallet. The transit agency said customers with Android phones would be eligible to participate in the 10,000-user trial soon.

“They will be able to tap on and off with their phone or smartwatch using their digital wallet, which is linked to their Transport Connect account,” Brissett said. The agency earlier called the account-based feature “Opal Connect.”

The rollout of a digital Opal card is not only for use with the agency’s MaaS app. State transport officials are promoting use of the digital card across its network, though they made it clear they have no plans to phase out plastic Opal cards.

Opal is Transport for NSW’s much-used closed-loop card, originally launched in late 2012. The agency said it has since recorded more than 4 billion trips with plastic Opal. It held a trial, which ended in December, enabling 10,000 customers to load a digital Opal card into wallets connected with Apple Pay and Samsung Pay.

The plans are good for public transit only–on the metro, trains, trams and buses. Trips with private mobility providers must be paid separately as “add-ons.”

The first eight plans include one that enables users to ride for an unlimited distance and at any time of the day or night for $50 (US$34.78) for the week. That’s the same price the agency offers for weekly fare caps with plastic Opal cards.

Besides the Transport for NSW’s other transport modes, the unlimited plan also includes rides on ferries. Ferry trips are charged at an additional $3 per trip in other plans.

There is also a weekend plan with unlimited travel for $10. The other six plans are for multileg journeys of up to 10 kilometers per trip, ranging in price from $6.48 to $32.42, depending on the number of trips allowed (two, four and six journeys) and whether users ride during peak or off-peak hours.

The other 18 plans that will be “coming soon” increase the allowable kilometers to 20, 30 and 40, still broken down by two, four and six journeys and by whether travel is peak or off-peak.

If users have exhausted their number of trips or travel outside the number of kilometers allowed in their bundles, they will have to travel on a pay-as-you-go basis, with adult peak fares starting at $5.38. That is higher than for adult peak fares with plastic Opal cards on individual transport modes, such as buses or the metro.

For Ola Cabs rideshare, for example, they would need to have the Ola app and an Ola account and then would have to link this to their Opal+ app accounts to receive Ola credits. They then would book and pay for the rideshare part of their journey through the Ola app.

They would be able to book and pay for a Silver Top Taxi ride through the Opal+ app’s trip planner and would receive a discount on the taxi rides they buy in the MaaS app.

As with Silver Top Taxi, Opal+ users could get discounts with Secure Parking, but not apparently with add-ons for Ola Cabs or Beam Mobility.

Transport for NSW did not specifically address the question from Mobility Payments about why trial users would usually have to book and pay for private mobility separately from the Opal+ MaaS app. But the spokeswoman did say, in general, that the agency was open to changes with regard to the Opal upgrade.

“We are currently undertaking significant customer research and performing market scans to better understand what new ticketing products and enhancements will be most valuable to our customers.” 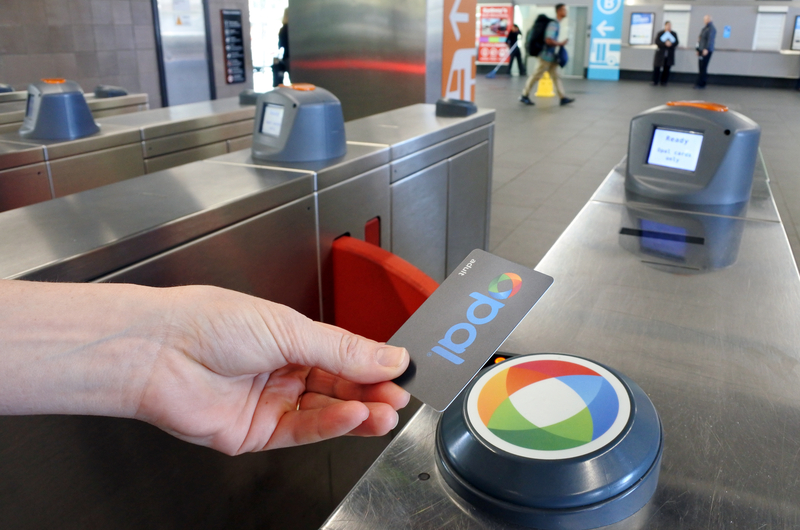