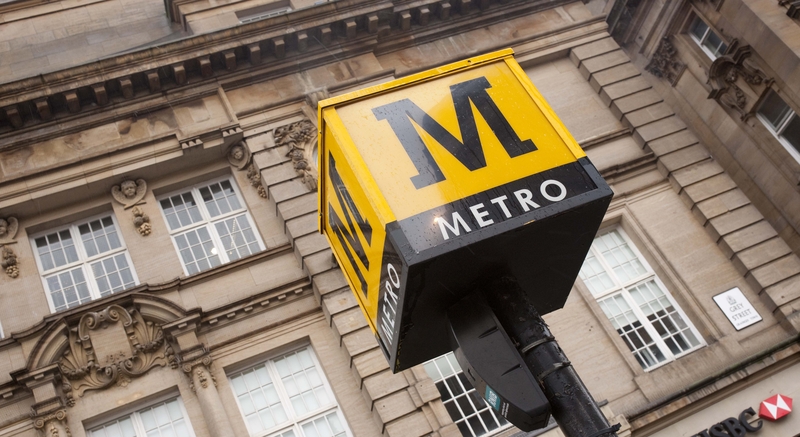 Riders on the Tyne and Wear Metro in North East England are now able to tap to pay for pay-as-you-go fares with a digital version of the closed-loop Pop card in Google Pay. The service still cannot be used on local buses and the ferry, which do not have the validators to support the digital Pop card on NFC phones.

Riders on the Tyne and Wear Metro in North East England are now able to tap to pay for pay-as-you-go fares with a digital version of the closed-loop Pop card in Google Pay.

The service still cannot be used on local buses and the ferry, which do not have the validators to support the digital Pop card on NFC phones; they can only use the closed-loop Pop smart card. Transit agency Nexus serves the major UK city of Newcastle and the surrounding area.

“The Shields Ferry and local buses use different types of ticketing infrastructure to Metro, which aren’t currently configured to accept Pop PAYG on Android, but we’re working to introduce it in the future,” a spokesman for transit agency Nexus, told Mobility Payments.

The launch follows about 18 months after Nexus launched a service on its Pop app that enables users to buy and store weekly Metro tickets through Google Pay, and then to travel using their smartphones in place of the Pop card. This first service was not used very much, with the agency recording around 3,400 sales (of tickets) used for nearly 19,000 trips.

The new digital Pop card, which is based on the UK’s closed-loop fare technology, ITSO will enable customers to pay for their rides as they travel, not in advance. The agency is offering daily fare capping for these PAYG rides. The implementation of Pop with Google Pay uses host-card emulation from Google. Besides Google, Nexus said it worked with mobile ticketing provider Yotra, ticketing and gate supplier Scheidt and Bachmann and Newcastle-based software company, Nebula Labs on the implementation. Users can download a digital version of Pop in the Google Pay app, then load it with value, also from the Google wallet app.

As Mobility Payments has reported, one of Google’s strategies is to increase the utility of Google Pay by supporting ticketing and fare payments from a range of transit agencies. That includes enabling users to download and store digital versions of their closed-loop cards and load them with value from Google Pay. It also includes support mobile ticketing using QR codes and other 2D barcodes, with a link to Google Maps. Google Pay also supports open-loop fare payments, where available, with EMV credit and debit cards in its wallet.

Agencies that support digital versions of their closed-loop cards, include those in Japan, San Francisco, Washington, D.C., Melbourne and Moscow, as well as the English city of Birmingham and surrounding West Midlands region. Transport for London does not offer a digital version of its closed-loop Oyster card.

Some other agencies support digital closed-loop cards in their own Android apps, including Metro of Los Angeles, also using host-card emulation, or HCE. The latest agency to express support for that idea is Ile-de-France Mobilités, which runs the Paris Metro and other transit modes in the French capital.

As Mobility Payments reported last month, IDF Mobilités is expected to support the virtual version of Navigo in its own Android app this summer. It’s unclear if it will also support a version with Google Pay. The agency said it would support Apple Pay with Navigo, as well, in 2023.

Nexus said it also wants to support Apple Pay with its Pop card, though it’s unclear when that might happen. The Nexus spokesman would only say that, “we hope to see Pop available on all smartphones in future.”