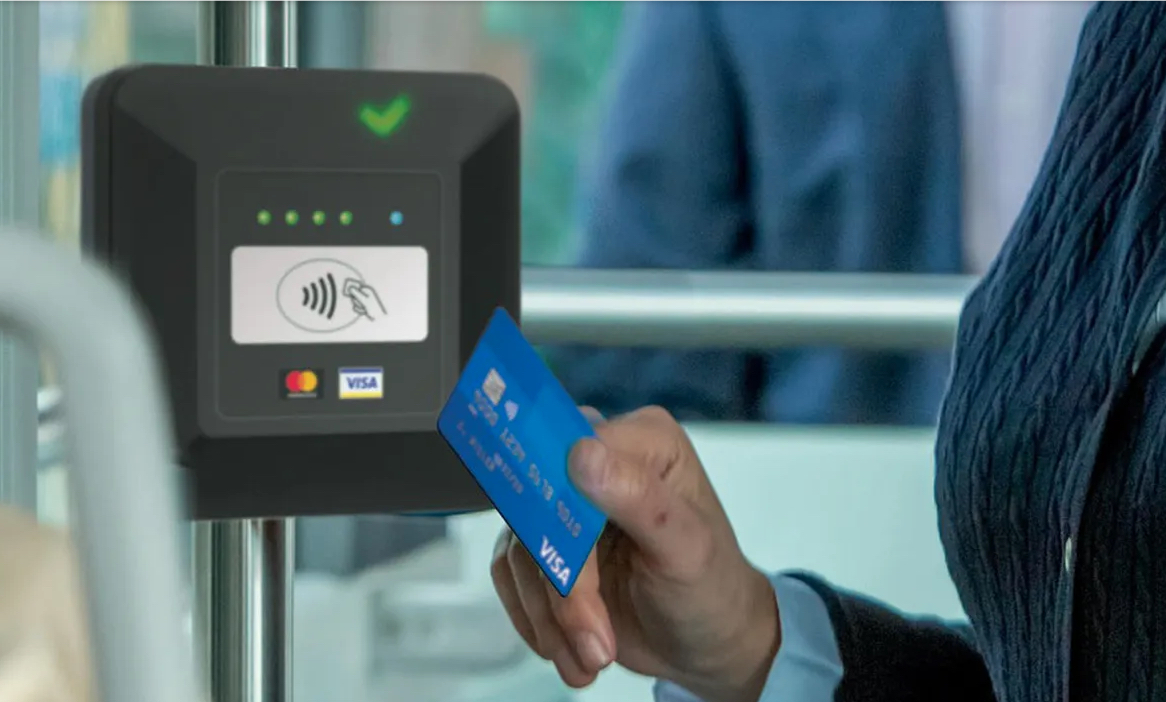 The CEO of France-based ticketing and fare-payments provider Flowbird said the company will continue to pursue business in California for its open-loop technology despite not being selected for an open-loop contract by the state of California, Bertrand Barthelemy told Mobility Payments. At least two other vendors excluded from the contract say they will do the same.

Flowbird, formerly Parkeon, generated €300 million (US$358.9 million) in revenue in 2020, providing payments and ticketing technology mainly for parking and closed- and open-loop fare collection projects. It has supplied open-loop technology to transit agencies in France, the UK, Ireland and Canada, and clearly wants to expand its open-loop business in the U.S.

The CEO of France-based ticketing and fare-payments provider Flowbird said the company will continue to pursue business in California with its open-loop technology despite not being selected for an open-loop contract by the state of California.

Bertrand Barthelemy speaking to Mobility Payments, said that an administrative issue or formality resulted in Flowbird being excluded from the master service agreements that took effect earlier this month with six vendors. That issue doesn’t detract from the vendor’s technology, he contended.

“The offer is good. From a technical perspective, it works very well,” he said. “Unfortunately, there were these formalities or this difficulty, so we’ll find a way to work around that.”

As Mobility Payments reported in early January, Flowbird was one of several vendors that were disqualified from bidding on two, five-year multivendor master service agreements to potentially supply validators and “transit processing” services to transit agencies throughout California and beyond. The contracts are part of a state program, the California Integrated Travel Project, or Cal-ITP, to encourage agencies to roll out interoperable open-loop payments systems throughout the state.

Flowbird and some other well-established vendors, such as Scheidt & Bachmann and Access-IS, were knocked out of contention because one or more of their three customer references didn’t respond within five business days to a state-requested review–an administrative rule that some in the industry consider overly strict.

Other vendors fell afoul of this rule and also failed to meet technical requirements. As a result, only six vendors received contracts from the state––INIT, Kuba and SC Soft for validators; Bytemark, Enghouse, INIT and Littlepay for transit processing.

Flowbird, in December, was the only one of the disqualified vendors to file a notice of intent to protest the planned contract awards. But the company did not go through with the protest. Flowbird had submitted proposals for contracts in both the validator and transit-processing categories. The latter are services that are sort of a combination of payment services provider and fare calculation.

The state contracts make the six vendors eligible to supply core open-loop technology to transit agencies that place orders under the Cal-ITP program. Organizers say they are also allowing transit agencies in other states to procure technology from the vendors in the program. While the vendors are not guaranteed any business and will probably have to lower their prices from the amounts they bid following negotiations with agencies, the possible size of the customer base of agencies participating in the program make the Cal-ITP contracts potentially lucrative.

“Yeah, for sure; in other states, we have no issue, and in California, we already have agencies reaching out to us to see how they could work with us,” Flowbird’s Barthelemy told Mobility Payments, not naming the agencies. When asked, he declined to comment on whether he thought the state’s procurement process was fair.

Flowbird, formerly Parkeon, generated €300 million (US$358.9 million) in revenue in 2020, providing payments and ticketing technology mainly for parking and closed- and open-loop fare collection projects. It has supplied open-loop technology to transit agencies in France, the UK, Ireland and Canada, and clearly wants to expand its open-loop business to the U.S.

It’s also clear that the disqualification from the Cal-ITP bidding was frustrating for the company, as it was for the other excluded vendors. But Barthelemy said an administrative issue “shouldn’t prevent an agency to take an offering which makes sense for them from a technical and financial point of view.” He added: “So we are not not worried.”

Other vendors that failed to get contracts for the Cal-ITP program are also expected to continue to vie for business in California.

One of them is Scheidt & Bachmann, another well-established fare-collection system supplier, which is based in Germany.

Daniel Terryn, CEO of Scheidt & Bachmann North America, told Mobility Payments that S&B would continue to pursue business in California, just as it does elsewhere in the U.S.

A third vendor, a validator supplier, told Mobility Payments that it, too, planned to compete for business in California as before. “Nothing fundamentally changes in our approach to the U.S. market.”

These vendors may be at a disadvantage, however, in California, since procurement laws would likely require transit agencies to conduct an official tender process if they want to buy hardware or services from suppliers that are not part of Cal-ITP.

The state procurement that selected the six vendors for the Cal-ITP program, which was conducted by the California Department of General Services, is believed to fulfill any requirements for agencies to seek public bids to buy open-loop technology. It frees them to directly place orders from the Cal-ITP vendors. For many of the roughly 300 transit agencies in California, which are small bus agencies, the ability to avoid conducting their own tender process is a definite benefit.

S&B’s Terryn, however, is not so sure that the six Cal-ITP vendors have a definite advantage in winning business from California agencies.

“It is to be seen how the market develops and if it is a true disadvantage for vendors to pursue business in California if they didn’t get selected for Cal-ITP,” he said.