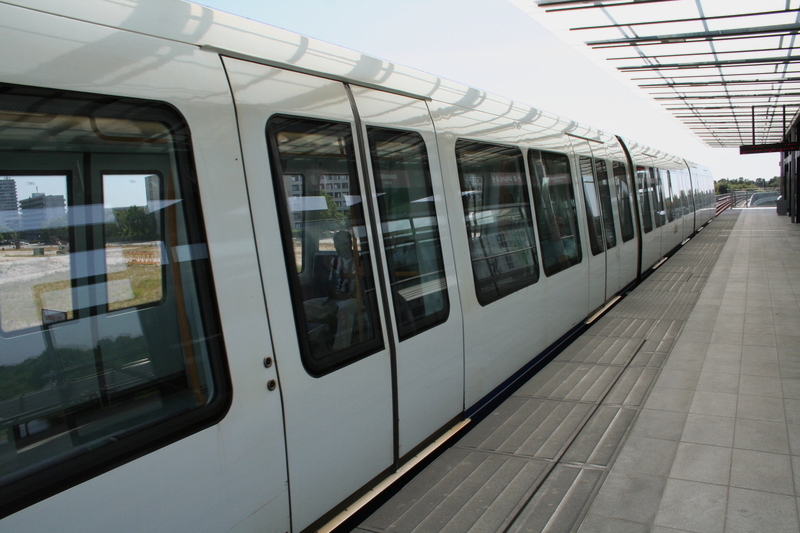 The country has just under six million people, with Danish consumers having already widely adopted mobile payments at retail. Denmark’s MobilePay app alone boasts 4.4 million users. There is also a low percentage of unbanked people in the country.

The transit-agency-owned fare system company, Rejsekort & Rejseplan, or RKRP, put out a contracting notice this week for the DKK 500 million (US$67 million) project. It said riders will be able to use the digital ticketing system on buses, trains, light rail, metro and other modes of transport in Denmark.

The app is expected to enable users to check in and check out with a swipe of their finger in the app, probably using GPS and other location and sensor technologies to establish where the users board and exit transit vehicles. Users will also be able to do travel planning and book tickets in the same app.

Denmark’s Ministry of Transport and Housing in 2019 called for retiring the Rejsekort, or travel card, in favor of a combined travel-planning and ticketing app. That followed a unanimous vote in the Danish parliament earlier that year to promote digital mobility services.

RKRP is planning a transition away from cards and validators, with one source telling Mobility Payments that the Mifare-based Rejsekort could be completely phased out as early as 2025. That’s after the first launches of the new system happen, possibly as soon as the first quarter of next year.

There are no plans to create a digital version of the Rejsekort closed-loop card for NFC phones and watches.

Denmark to Do Away with Ticketing Hardware
Rejsekort launched in 2012 in Copenhagen after years of delays and cost overruns estimated at more than €100 million. France-based Thales and IT services firm Accenture were the main vendors. Accenture later withdrew from the project.

The card slowly went nationwide, successfully bridging multiple modes, zones and discounts. That was a significant accomplishment because Rejsekort is not an account-based ticketing system; it remains a card-based system–and those cards still use low-end Mifare Classic technology from NXP Semiconductors.

Mifare Classic is vulnerable to fraud so technology suppliers had to add security measures elsewhere to compensate.

RKRP said Rejsekort has 3.2 million active users, which tapped the card for 140 million trips in 2019, the last year before the pandemic. Users tap in and tap out with the cards on validators and conductors or other personnel do spot checks.

In addition, users conduct tens of millions of searches on RKRP’s app and website for travel planning with public transportation every year.

Most countries would not be able to undertake a project to replace all or most physical fare media with hands-free (or nearly hand-free) technology in a smartphone app. But Denmark is one of the few countries that could pull it off.

The country has just under six million people, with Danish consumers having already widely adopted mobile payments at retail. Denmark’s MobilePay app alone boasts 4.4 million users. There is also a low percentage of unbanked people in the country.

And perhaps most importantly, transport modes throughout Denmark are barrier-free, including the gateless four-line Copenhagen Metro.

RKRP launched a trial of the digital mobile technology less than two weeks ago on trains and buses in Denmark’s North Jutland region. It uses technology from Switzerland-based electronic-ticketing company Fairtiq.

Fairtiq’s deploys GPS, Wi-Fi and other location and sensor technologies to enable users to hop onto buses, trains, trams and even boats throughout Switzerland and in smaller deployments in some other countries, including Germany and Austria.

Users begin their trips by swiping to check in on the app, then swipe out when they’ve reached their destination stop or station. The start-up has launched technology that automatically checks out customers if they’ve forgotten to do so.

None of the transport operators using Fairtiq or competing technology from such technology suppliers as eos.uptrade have fare gates. While hands free or nearly hands free ticketing apps could potentially open fare gates, more development is needed.

The procurement notice posted this week from RKRP does not specifically say that the mobile-ticketing service will be check-in/check-out or use GPS as the main location technology, rather than, say, Bluetooth. But observers believe that these features and technology are likely.

What RKRP does say is that it seeks to hire five vendors to help it build a “unified digital mobility solution,” combining travel planning, booking, ticketing and payments. Users will be able to access these features across public and private modes of transport.

The vendors would provide development, management and maintenance of the application, along with consulting, as well as operations. RKRP itself has been developing in-house system integration capability, which it is expected to use on the project.

The company said the vendors it hires will work under a “framework agreement,” and does not guarantee any minimum amount of purchases for any particular vendor.

Still, multiple vendors are expected to bid on the project. RKRP expects eight bidders, and Fairtiq is likely to be one of them, though Fairtiq founder and CEO Gian-Mattia Schucan would not confirm that.

What is more clear is that riders of public transit in Denmark will one day be swiping rather than tapping for their fares. And that day looks likely to be sooner rather than later.