The Metropolitan Transportation Authority said it is seeing nearly 40% of trips taken on its New York City Subway paid for through the agency’s OMNY service, which is used mainly for open-loop payments. About two-thirds of OMNY transactions come from riders tapping digital wallets, according to the agency.

OMNY accounted for just under 37% of trips on the subway in August. That’s up from just over 28.1% of rides paid for through OMNY six months earlier, according to MTA.

The Metropolitan Transportation Authority said it is seeing nearly 40% of trips taken on its New York City Subway paid for through the agency’s OMNY service, which is used mainly for open-loop payments.

A spokesman for MTA told Mobility Payments that OMNY accounted for just under 37% of trips on the subway in August. That’s up from just over 28.1% of rides paid for on the huge subway system through OMNY six months earlier.

Meanwhile, use of OMNY in digital wallets, such as those connected with Apple Pay and Google Wallet, remains at a high level–accounting for fully two-thirds OMNY transactions during the first half of September 2022, MTA said. That is not far below the percentage of mobile wallet use MTA recorded in the fall of 2020, at 73% of total OMNY trips–when there were fewer bank-issued contactless EMV debit and credit cards in circulation in the New York City market.

The overall adoption rate for OMNY from NFC wallets and physical credit and debit cards is noteworthy considering that MTA only completed its rollout of terminals and other technology at the end of 2020, equipping all 472 subway stations and the agency’s fleet of 5,800 buses with a total of around 15,000 OMNY readers.

MTA recently announced that it had recorded a high for one-day subway ridership since the pandemic of 3.9 million total trips on Sept. 21. That was around 65% of pre-pandemic ridership on MTA’s most-used transport mode. On the same day, MTA said it hit a record for OMNY-paid trips of just over 1.4 million rides. This was only for rides on the subway, which accounted for 37% of total rides that day.

Online Debate to be held Oct. 5 on the Pros and Cons of Open-Loop Payments: Download the Brochure.

Take-up for OMNY is lower for MTA buses, making up just over 21% of total trips in August 2022–compared with a little more than 15% of trips six months earlier, the spokesman told Mobility Payments. Subway rides represent by far the most trips for OMNY compared with buses­–last year running at around an 80:20 ratio. MTA did not release the share of OMNY rides on the subway versus buses for August 2022. Total subway ridership compared with local bus ridership in New York City runs at greater than a 70:30 ratio.

MTA has been issuing a reloadable closed-loop OMNY card since October 2021, and it’s not clear how many of the OMNY transactions the agency is reporting are from this closed-loop card. But the percentage is probably still low compared with open-loop OMNY–especially given the high usage of mobile wallets for OMNY credit, debit and prepaid open-loop transactions.

MTA is replacing its mag-stripe MetroCard, which it expects to completely phase out as early as next year. So unlike most other transit agencies that have rolled out open-loop payments, MTA doesn’t have a well-established contactless closed-loop card program to maintain.

The agency began offering weekly fare capping in late February 2022, originally as a pilot. It offers free rides on the subway and local buses for the balance of the week after users have spent $33, the equivalent of 12 rides. Fare capping works with open-loop cards, open-loop credentials in NFC wallets and the closed-loop OMNY card. Of course, riders have to use the same device or card each time they tap to accumulate the 12-plus rides.

The share of MTA riders using OMNY benefitting from fare capping reached 4% last week, said the spokesman, who added that overall, 3.2% of OMNY riders have earned free rides this year through the fare-capping program. 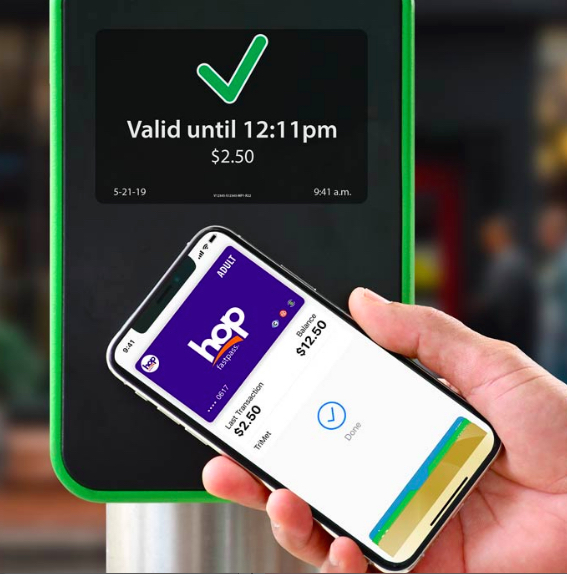