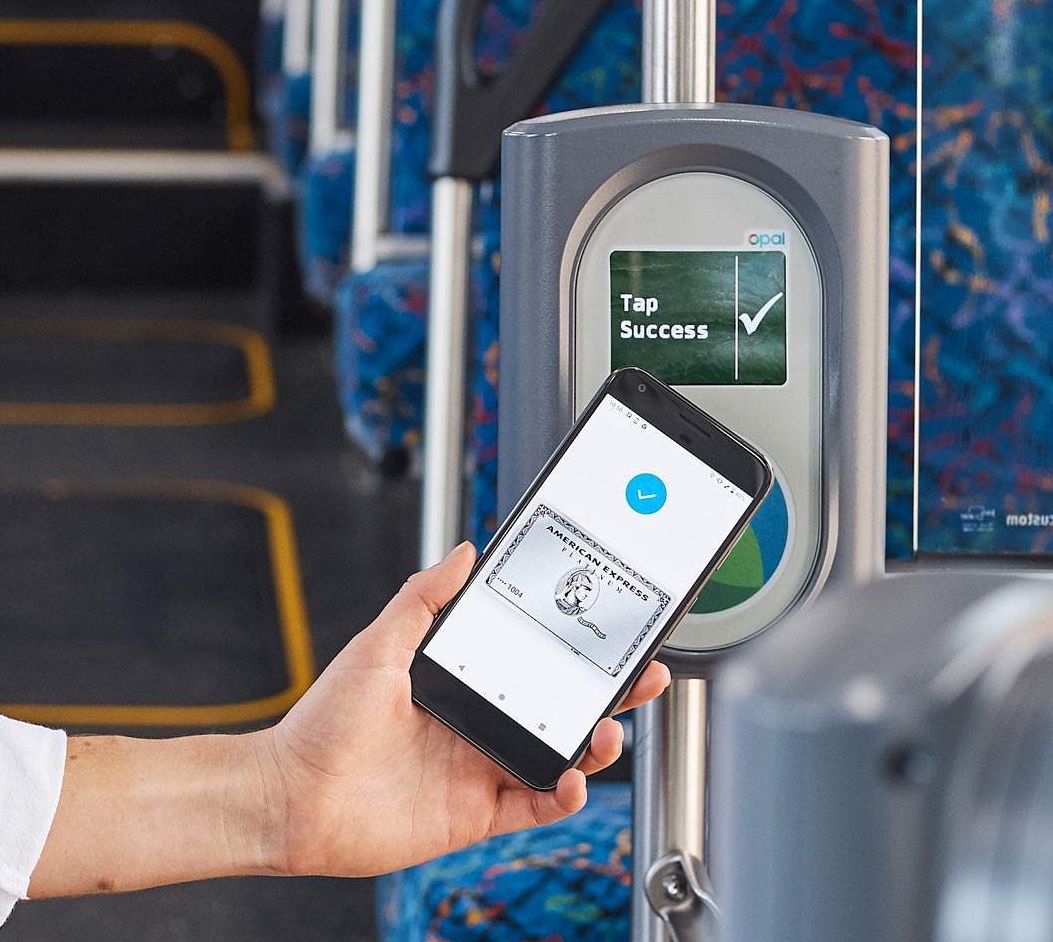 More than half of contactless open-loop payments for Australia’s largest transit agency are now coming from mobile wallets, the agency told Mobility Payments. A substantial increase in fare payments from such NFC Pays services as Apple Pay, Google Pay and Samsung Pay have come during the pandemic.

Contactless payments–both from mobile wallets and contactless EMV cards–make up 31% of all adult trips. The agency’s closed-loop Opal card accounts for the rest. All told, the agency has recorded 133 million trips paid for with contactless EMV since it began its first open-loop trial in July 2017.

Mobile wallets now make up more than half of all contactless payments for Transport for New South Wales, Australia’s largest transit agency, the agency confirmed to Mobility Payments.

The use by customers of smartphones and wearables to pay fares has been growing substantially, fueled at least in part by the Covid-19 pandemic, according to an agency spokeswoman, who said mobile wallets now make up 55% of all contactless fare payments. Sydney-based Transport for New South Wales accepts a range of wallets linked to NFC payments services, including Apple Pay, Google Pay, Samsung Pay and Fitbit Pay–in addition to contactless EMV credit and debit cards.

“We have seen a significant increase in the uptake of mobile wallet payments during Covid,” the spokeswoman told Mobility Payments.

Kurt Brissett, executive director, Connected Journeys, for the agency had said at a virtual conference a couple of months ago that the penetration rate for NFC mobile wallets out of all contactless fare payments was 35%. That figure may have been “slightly out of date” at the time, said the spokeswoman, who reiterated that the penetration rate was now 55%. And Brissett said through the spokeswoman that the agency has indeed seen “a big uptick in digital-wallet adoption, regardless.”

All told, contactless payments–both from mobile wallets and contactless EMV credit and debit cards–now make up 31% of all adult trips on Transport for New South Wales’ various transport modes, including the metro and buses. The agency’s closed-loop Opal card accounts for the rest. The agency said it has recorded 133 million trips paid for with contactless EMV since the agency began rolling out open-loop technology with its trial on the Manly Ferry in July 2017.

That cumulative figure of 133 million is up from 30 million in January 2020 and by that time, the agency had extended contactless to its other transport modes, including the metro and buses. Brissett earlier this year had said there were more than 60 million trips paid for with contactless cards or NFC wallets since 2017, across 25,000 terminals.

Even at the lower level of penetration of 35%, use of mobile wallets for fare payments in Sydney and surrounding areas would be impressive given the already wide deployment of credit and debit cards in Australia and the fact cards predated mobile wallets in the country. For several years running, contactless has made up 90% or more of all retail card payments, most of that likely still with contactless credit and debit cards.

By comparison, the share of NFC mobile wallet usage for all contactless fare payments for Transport for London was 21%–although that was in February 2020, just before the pandemic began to take its toll. The pandemic has increased use of contactless cards as well as NFC smartphones and wearables, though some customers feel even more comfortable using the latter devices for payments. But unlike Transport for New South Wales, in which the closed-loop Opal card still accounts for more than two-third of payments for adult trips, in London, contactless open-loop payments surpassed the closed-loop Oyster card for pay-as-you-go trips around three years ago.

New York City’s OMNY open-loop fare payments rollout, which began in 2019, has always been heavily weighted toward mobile wallet usage by riders, in part because the U.S. has lagged far behind such countries as Australia and the UK in the rollout of contactless EMV credit and debit cards. In the fall of 2020, contactless payments from wallets made up 73% of all OMNY (open-loop) payments, according to New York’s Metropolitan Transportation Authority.

MTA hasn’t released an updated figure on wallet use, but the ratio of wallet payments to contactless EMV cards is likely to have decreased. Visa has said more than 70% of Visa-branded cards in New York were contactless-enabled as of the end of 2020, up from 5% when the MTA rollout began in May 2019.

Meanwhile, Transport for New South Wales has plans to expand use of contactless EMV along with its Opal card even further, as it builds its mobility-as-a-service platform, Brissett said. This would include payments for both public transit and private mobility providers, the latter such as ride-hailing services, taxis and bicycle rental firms. Speaking at the June conference, Brissett said the agency plans to use its “Opal Connect” account-based payments service to enable customers to pay for the various transport services for its budding MaaS platform.

“Across New South Wales, we have major programs in progress to extend and integrate Opal Connect and contactless payments to a wide range of public and privately operated transport services, payment schemes and customer groups to provide more flexibility and connected journeys,” he said. “Opal Connect will be the foundation of MaaS as a convenient single-payment account for travel on all modes.”