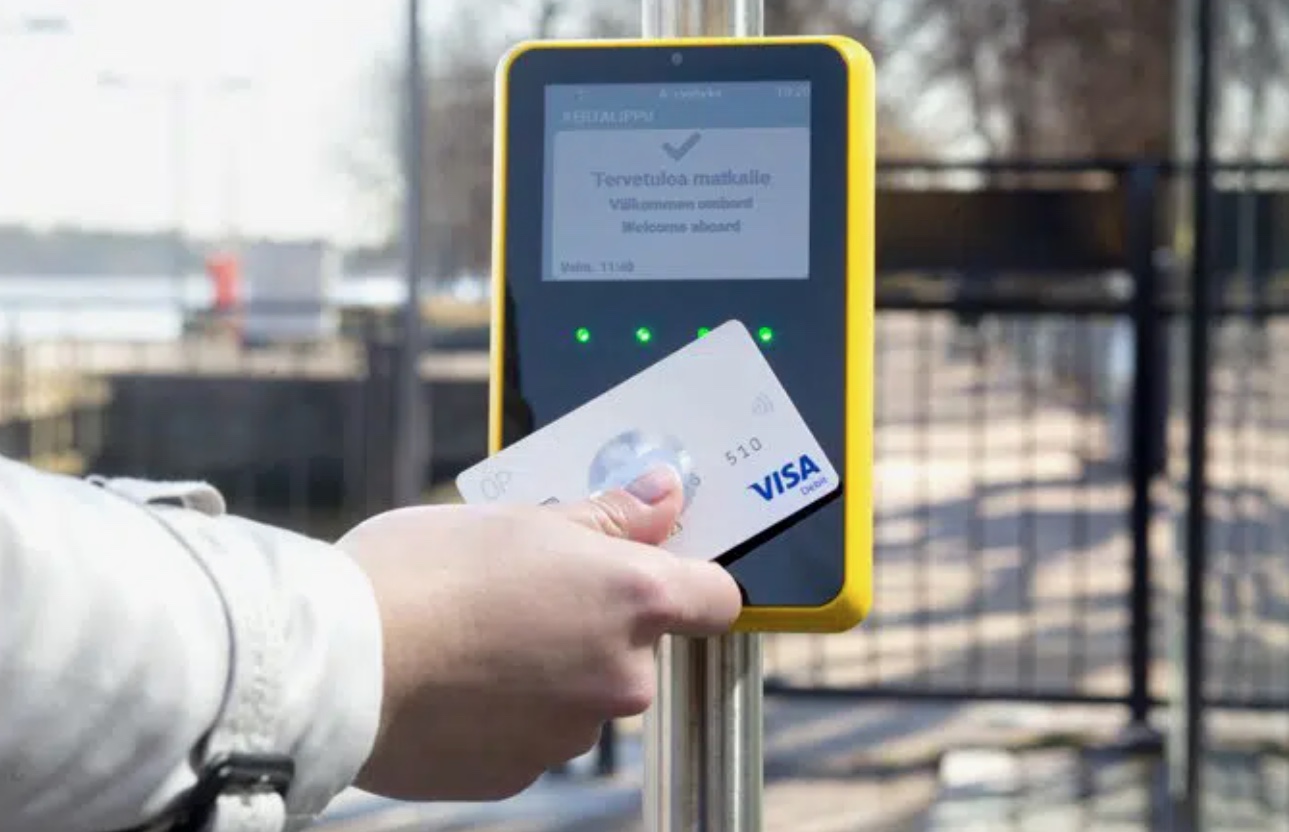 The prevailing procurement model for open-loop fare-collection systems is broken for most transit agencies and fresh thinking is needed. Establishing a procurement process that welcomes disruptive newcomers to bid will unlock innovation in the transit industry.

Transit agencies might look to the “gold standard” examples of tap-to-ride systems in London, New York, Sydney and Singapore and conclude that they have none of the resources needed to emulate them. Be that knowledge and expertise, millions of dollars of investment or the luxury of time and manpower to project manage a system build.

Contactless EMV payments are being recognized the world over as an essential way to modernize fare collection, improve rider experience and encourage more widespread public transport use. While transit agencies and operators are acutely aware of the urgency to get to “destination contactless,” their route from A to B is not clear.

How does an independent bus operator or a transit agency in a smaller urban or rural community, begin to tackle the task of creating a system for contactless EMV payment acceptance? They might look to the “gold standard” examples of tap-to-ride systems in London, New York, Sydney and Singapore and conclude that they have none of the resources needed to emulate them. Be that knowledge and expertise, millions of dollars of investment or the luxury of time and manpower to project manage a system build.

The pandemic brought into sharp focus the problems these small to midsize agencies can face as a result of not being able to accept contactless payments. Many, having removed cash from their vehicles altogether to reduce driver interaction, offered zero-fare rides. This solution, though unsustainable, at least enabled the continuity of services for people who depend on them to get to places of work and study.

Single-Supplier Procurement
As these operators now look for a longer-term answer, many feel excluded from the potential of contactless EMV ticketing. That’s largely because of the way these systems have been procured. Traditionally, transit agencies or authorities put out a tender for a sole supplier to provide a holistic system, including card validation hardware, a fare calculation back office and connections to acquiring banks. Requirements are highly-specified and bidding vendors must prove they can deliver every aspect.

The problem with this is that you end up with only a small number of suppliers offering fully integrated systems that can bid. There is very little competition in the marketplace, so the cost of procuring the solution naturally inflates. Smaller suppliers–tenacious innovators that can efficiently deliver part but not all of the solution­–get overlooked.

New Approach to Tenders
This procurement model is broken–and fresh thinking by the likes of Helsinki Regional Transport Authority (HSL) is sparking an alternative approach. HSL broke up the tender for its contactless EMV transit payment system into smaller components. This allowed suppliers providing payment processing, payment readers and acquiring services to partner to provide a combined solution, now deployed in Helsinki and other cities.

The California Department of Transportation (Caltrans) has taken a similar approach. Its California Integrated Travel Project (Cal-ITP), aimed at making it easier to use public transportation, is behind several contactless payment demonstrations in the state. Pilots in Monterey, Sacramento and Santa Barbara have turned heads in the industry, as proof points of a modular system using technology from a range of suppliers.

Caltrans and its parent, the California State Transportation Agency (CalSTA), are now inviting vendors to bid to secure a role in future deployments. Successful vendors will be featured in a “mobility marketplace,” at which transit agencies can shop for the key components they need to build open-loop EMV fare collection systems.

This takes the burden of procurement away from transit providers, serving them a choice of pre-approved vendors whose products and services plug-and-play together. This is the right way forward on so many levels. It nurtures competition, innovation, collaboration and economies of scale. It empowers transit providers to choose a solution that matches their needs now but that also adapts to emerging technologies.

It also facilitates interoperability, creating potential for seamless, secure tap-to-ride payments across multiple transit agencies’ networks. Wherever a contactless EMV system is in play, there’s potential to layer a multioperator fare cap over individual agencies’ fare structures to unify the rider experience across a state or even a country.

Seeking Simplicity
It could be argued that dealing with one organization makes projects easier to manage. In fact, you often hear the “one throat to choke” theory in business, which suggests that, when something goes wrong, it’s helpful if there’s only one vendor to find accountable.

However, we’ve seen many examples where in reality, this relationship reduces transparency, and adds complexity and cost. Those best laid plans, the fine detail of your wants at the start of a project, inevitably need adjustment. With a locked-in, sole vendor contract, issues can be clouded, re-specification can be slow, and delays costly.

Establishing a procurement process that welcomes disruptive newcomers to bid will unlock innovation in the transit industry. Assembling payment systems built for interoperability, agility and openness will yield faster progress and better value for stakeholders than relying on a sole supplier to set the pace for development.

With a modular system, transit operators and agencies can secure agreements that support the growth of their solution during its lifetime, defining and adding new scope when needed. The future is something to be embraced, rather than feared.

The culture of collaboration that multisupplier fare collection projects naturally encourage provides a productive environment for new ideas to be tested, and prototyping and product development accelerated. This will be the key to making contactless EMV payment acceptance on public transit universal–and moving towards the next goal of interoperability.

Amin Shayan was part of the founding team of Littlepay, a transit transaction processor and payments service provider. He became CEO in 2017. Before joining Littlepay, he worked in investment banking in New York and London.