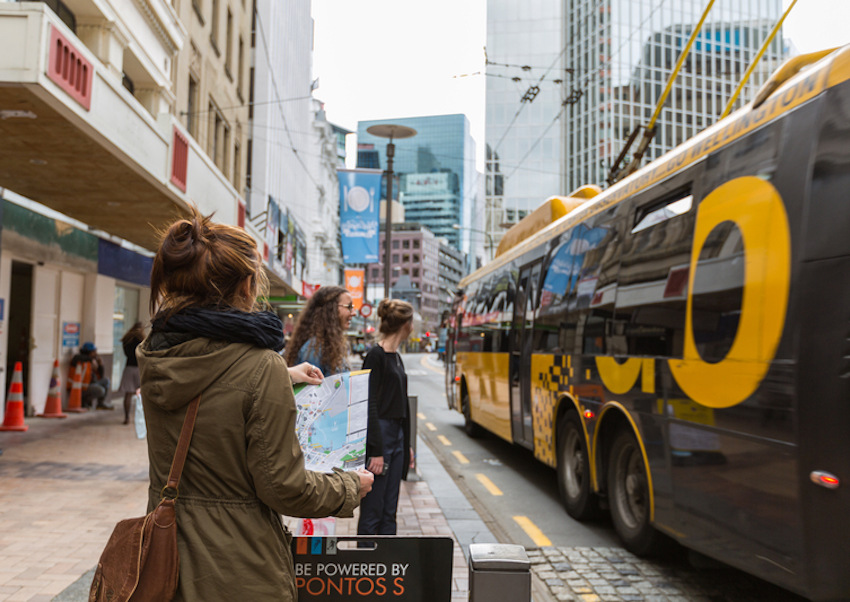 New Zealand’s Ministry of Transport today announced the country’s planned nationwide rollout of open-loop payments, a system costing an estimated NZ$1.3 billion (US$746.7 million) over 15 years. Officials signed a contract today with U.S.-based Cubic Transportation Systems to implement the project. The system would be one of the first national rollouts of open loop and appears likely to replace regional closed-loop card programs.

The new fare-payments system will cost an estimated NZ$1.3 billion (US$746.7 million) over 15 years.

New Zealand’s Ministry of Transport today announced the country’s planned nationwide rollout of open-loop payments, a system that will cost an estimated NZ$1.39 billion (US$794 million) over 15 years. Officials signed a contract today with U.S.-based Cubic Transportation Systems to implement and operate the project.

The long-planned project calls for Cubic to fully deploy an account-based “National Ticketing Solution” across the country by the end of 2026, with the first region, Canterbury, which includes the city of Christchurch, scheduled to go live in mid-2024. Customers will be able to tap their contactless credit and debit cards and card credentials in NFC wallets connected with Apple Pay and Google Wallet on buses, trains and ferries.

“These are the things that I use to pay for most of the stuff in my life, my debit card and my credit card,” said Transport Minister Michael Wood, speaking at a press conference today in Auckland, as he pulled bank cards out of his wallet. “Nearly everything that I buy, that’s what I use.

“But when I use public transport at the moment, I’ve got a whole special, additional, extra thing that I carry around in my wallet,” he continued, apparently referring his closed-loop AT HOP fare card. “And that works for me at home when I’m here in Auckland, but it doesn’t work for me when I go down to work in Wellington or when I was on my family holiday in Christchurch a couple of months ago. We all had to get new cards for myself, my wife and my kids.”

Wood suggested that one of the government’s main goals in rolling out open-loop payments is to encourage more New Zealanders to take public transit. For that, the experience “has to be frictionless and as easy as possible for people,” he said.

“So buying an extra card and keeping the balanced topped up, well, that’s just a barrier,” Wood said. “This (new) solution would take that away.” He added that users would get the best fare with the planned pay-as-you-go system, with “daily, weekly or monthly fare caps.”

The government also plans a “national” closed-loop transit card, but this would be “effectively a backup,” for people who don’t have credit or debit cards or NFC wallets or who don’t want to use them to pay fares. “We will make sure that everyone has access to public transport, but for most people, it will be easier than it has ever been before.” He did not mention how the system would support concessionary discounts on open-loop cards or credentials.

All this doesn’t bode well for long-standing closed-loop card programs in New Zealand, such as AT HOP card in Auckland, managed by France-based Thales RCS; and Wellington‘s Snapper card, owned by Snapper Services, part of the investment group ICM Mobility.

Snapper CEO Miki Szikszai, reached after hours Friday by Mobility Payments, declined to comment for now. “We’ll be in a position to comment later next week,” he said.

In all, the new payments system will be adopted by 13 regional authorities. Not all were always on board with the idea for what some transit officials refer to as a “single-payment system.” At first, the system was planned as a closed-loop card that could be used nationwide.

The single-payment system “was thought about 15 years ago, and many people have worked (on it) for many years,” Nicole Rosie, head of Waka Kotahi, New Zealand Transport Agency, said at the press conference. The agency allocates funding for transport projects and was the entity that chose Cubic for the contract.

Cubic said the system it will deploy for New Zealand is similar to those it implemented for agencies in New York, London and Brisbane and the state of Queensland in Australia.

Update: A spokesman for Waka Kotahi, NZ Transport Agency, told Mobility Payments that the more than NZ$1.3 billion in estimated costs include the “implementation and ongoing operation” of the new system over 15 years and “this includes all relevant costs for new hardware, software and the operational costs, including ongoing service provision.”

“Those without a debit or credit card, including children, will be provided with a prepaid ‘Transit Card,’ much like they use today,” he said. “This will be an open-loop card, and will be introduced into each region as part of the transition process, alongside the removal of the existing card schemes.” End update.