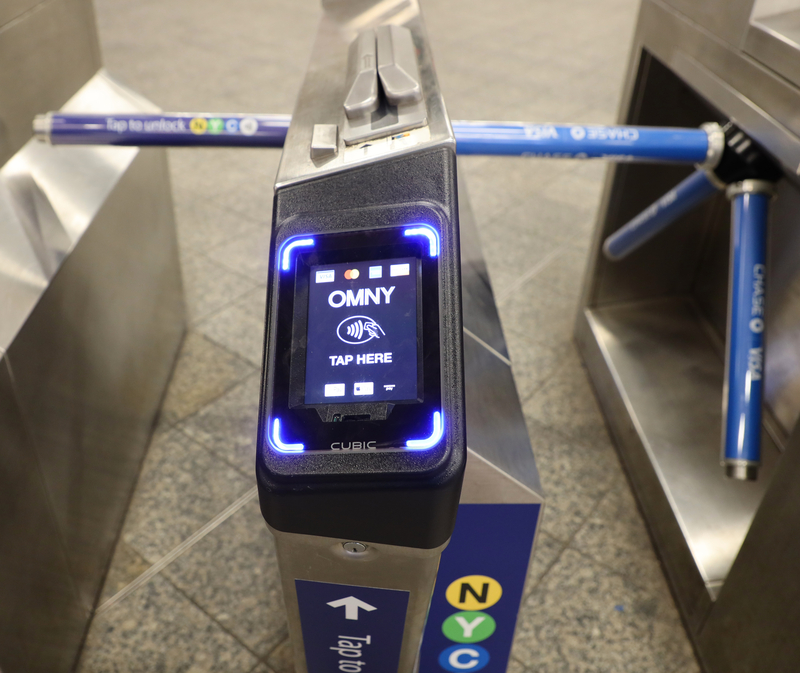 Believed to be the first major transit agency to roll out concessionary discounts linked to open-loop payments, New York’s MTA said more than a million seniors and disabled persons are now able to register to get half-priced fares when they tap credit or debit cards or NFC devices to pay for rides. Enabling users to receive concessionary discounts linked with open-loop payments is one of the biggest challenges facing transit agencies that want to roll out open loop.

In what is believed to be the first major transit agency to roll out concessionary discounts linked to open-loop payments, New York’s Metropolitan Transportation Authority said more than a million seniors and disabled persons are now able to register to receive half-priced fares when they tap credit or debit cards or NFC devices to pay for rides.

The new feature, introduced last week, does not check the eligibility of seniors and disabled persons to receive the discounts. These customers are already qualified to get the concessions with the Reduced-Fare mag-stripe MetroCards they carry. MTA said it can now link the number on these MetroCards with the credit card, debit card or wallet credential of the customer’s choice. The discount is then applied in the back office of MTA’s OMNY open-loop service.

“We have heard from many reduced-fare customers who are ready to tap and go with their (credit and debit) cards and smart devices,” said Quemuel Arroyo, chief accessibility officer and special advisor for MTA, speaking last week at an MTA board meeting. “We are the first to launch this type of program on this scale.”

Riders who switch from the discount MetroCard to OMNY can then stop using their MetroCards, though first they would either have to use of the value loaded on the cards or request a refund. MTA is phasing out the nearly 30-year-old mag-stripe MetroCard in favor mainly of open-loop payments.

By linking their open-loop cards to OMNY, customers also can qualify for weekly fare capping that MTA introduced earlier this year. For riders who don’t have bank cards or mobile wallets connected with such NFC payments services as Apple Pay or Google Wallet, or who don’t want to use them, MTA will offer the senior and disability discounts with its reloadable closed-loop OMNY card starting next year. The card uses white-label EMV technology.

Users Will Eventually Have to Verify Eligibility with OMNY
When MTA finally retires the MetroCard, by 2024, customers will have to verify their eligibility for senior or disability discounts directly with OMNY.

At present, to receive a special Reduced-Fare MetroCard, customers must supply a form of ID, such as a driver’s license or passport, plus a passport-style photo. In addition, disabled persons must provide proof of their disability. The customers can register for these concessionary MetroCards online, by post or in person. They then wait to receive their physical cards with their photo on it.

MTA has not said how it will change the registration process after it retires MetroCard. Of course, it’s not feasible for MTA to insist that bank cards and NFC wallets include a photo of the discount recipient.

Hurdle for Open-Loop Payments
Enabling users to receive their senior, disability, student and other discounts linked with their open-loop cards or NFC wallet credentials is one of the biggest challenges facing transit agencies that want to roll out open-loop payments while phasing out their closed-loop cards.

Transport for London is working on just such a feature for its large open-loop payments service, as the agency continues to de-emphasize closed-loop Oyster, as Mobility Payments reported.

And the state of California in September introduced a new system to verify the eligibility of seniors to receive discounts and applying them in the back office. Only one small bus agency in the state has introduced it so far.

The state had cut short a pilot for that same agency that had featured a simple way to verify eligibility for seniors discounts, with officials saying the earlier system had scalability and, perhaps, security problems, as Mobility Payments reported.

The new California system requires registration on a U.S. federal ID verification site, Login.gov with many more steps for a senior to verify their eligibility. California also has had trouble linking tokenized cards in NFC wallets with the concessions.

Much Testing, Fixes Required
MTA’s Arroyo, speaking on Oct. 24, said the agency introduced the new OMNY-linked discounts after months of testing, pilots and training, which began in early summer.

To bring the feature to market, the agency also said it required several patches to debug and retest software. MTA said software was delivered for the features in May of this year.

It’s not clear whether the software came from the main contractor on the OMNY project, Cubic Transportation Systems. MTA at the same October board meeting said poor vendor quality control in software releases has significantly delayed the rollout of OMNY features, as Mobility Payments reported.

Arroyo said MTA would begin a pilot in November to link another special MetroCard to OMNY, this one used by paratransit riders, called the Access-a-Ride MetroCard. Software for this feature required several software patches, as well, MTA said.