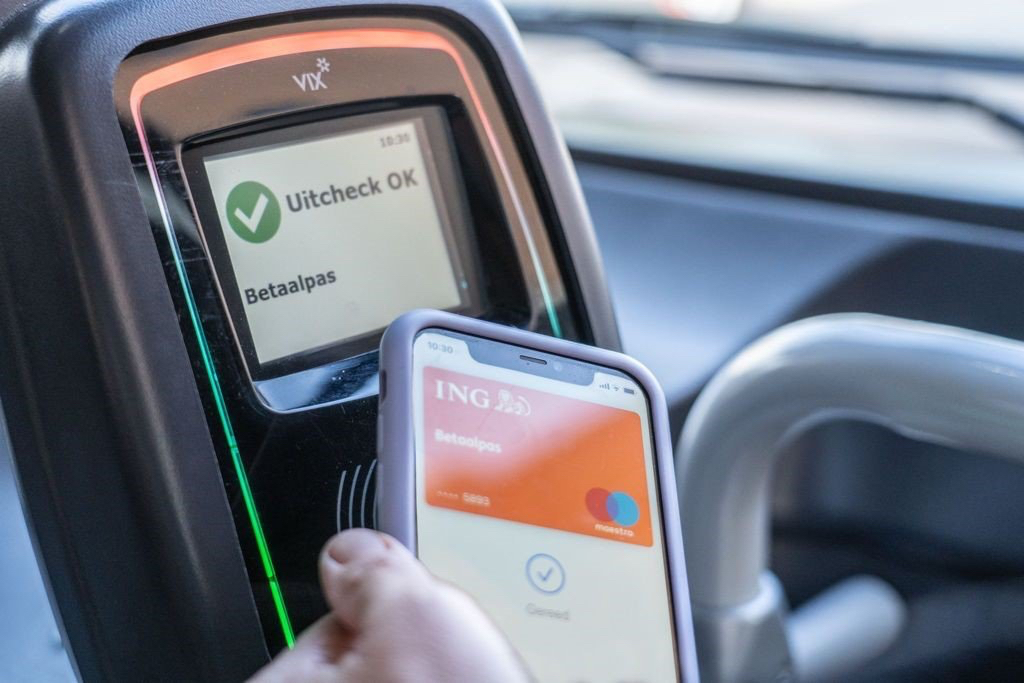 Dutch transit operators, including GVB of Amsterdam; RET serving Rotterdam; and the Dutch national railways, NS; are participating in a nationwide launch of open-loop payments. The OVpay project has suffered delays, but when completed, it will make the Netherlands one of the first countries with a nationwide open-loop fare payments service.

The years-long implementation–which by at least one estimate will cost €350 million (US$368 million) or more–will include the replacement or upgrade of 60,000 transit terminals. Another estimate of capital costs came in lower.

One of the largest public transit operators in the Netherlands, GVB, has launched open-loop payments on its metro, buses and trams serving Amsterdam, providing a significant piece of what Dutch transit officials have promised will be a nationwide account-based ticketing system featuring open loop.

When completed, the system, known as “OVpay,” would make the Netherlands one of the first countries to enable transit customers nationwide to tap contactless debit and credit cards and open-loop credentials in NFC wallets to pay for rides. There are ambitions in some other countries, including New Zealand, to enable open loop nationwide.

The years-long implementation–which by at least one estimate will cost €350 million (US$368 million) or more–will include the replacement or upgrade of 60,000 transit terminals. Another estimate of capital costs came in lower.

OVpay backers say the system could be available throughout the country by the end of 2023, but it remains to be seen when the system will be fully rolled out. The implementation, which features a number of vendors–including multiple back-office suppliers–has seen significant delays since work began roughly eight years ago. Some project completion in 2024 or later.

The largest transit operator in the country, NS, the Dutch national railways, has not yet launched OVpay. And the list of other operators yet to launch includes Rotterdam bus, tram and metro operator RET. Both NS and RET have been trialing open-loop service, however. RET told customers to expect a launch “soon.” NS may not be far behind.

A total of nine public transit operators, along with Translink, which runs the aging national closed-loop card, OV-chipkaart (OV chip card) scheme, is coordinating the rollout of the new system. Besides NS, RET and GVB, the list of operators includes Transdev’s Connexxion, Arriva, HTM, EBS, Qbuzz and Keolis.

Besides bringing on all of the bus, train and tram operators in the country, OVpay project backers say they plan to also support season ticket holders and concessionary discounts, which together account for the most fare transactions in the country.

And plans call for a complete phase-out of the OV chip card program–which still uses security-challenged Mifare Classic-compatible cards. A new OVpay closed-loop card will be based on white-label EMV technology.

She attributed delays in the launch of open-loop payments to the need to build a “stable ecosystem, where front and back offices combine (to) guarantee reliable handling of transactions.”

This “turned out to be more complex than we anticipated,” she told Mobility Payments. “With the amount of transactions that GVB produces, we couldn’t afford any risks in issues.” The operator handled nearly one million trips per day before the pandemic.

Still for Occasional Riders
At present, for customers of transit operators that have launched OVpay, open loop remains one of multiple fare-payments options. Riders who tap their bank cards or open-loop credentials with such NFC payments services as Apple Pay, are charged the regular adult fare without discounts or subscriptions.

That is the same price they would pay for a single adult fare with the closed-loop OV chip card. It means OVpay is now largely for occasional riders, including visitors and tourists, which make up a small share of GVB riders overall.

Besides closed-loop and now open-loop payments, GVB still sees a substantial share of its fares paid for with paper tickets. And the operator also has introduced barcode-based mobile ticketing on its app.

OVpay backers are emphasizing to customers that the new system supports debit cards–by far the most used type of bank cards in the Netherlands. That includes cards issued by such major Dutch banks as ING, Rabobank and ABN Amro.

The system also accepts other debit and credit cards and wallet credentials bearing Visa or Mastercard brands. ABN Amro is believed to be serving as merchant acquirer for OVpay, though other acquirers could be hired, as well. The OVpay system requires customers to tap in and tap out for all trips.

The GVB spokeswoman said the transit operator believes it would be possible for OVpay to link “discount subscriptions” to users’ bank cards by mid-2023. The closed-loop OV chip card could be phased out by the end of 2023, she said. Observers are not so optimistic, however, about that projected timelines for the changes. And even the GVB website doesn’t predict the old OV chip card to disappear until the end of 2024.

Thales to Supply OVpay Card, Some Validators
France-based Thales DIS, formerly known as Gemalto, is believed to have won a contract to supply these white-label EMV cards, which would likely tie into a back office supplied by Germany-based Scheidt & Bachmann, with involvement by Mastercard and a Dutch bank.

NS, the national rail operator, has around 1,600 validators, according to Thales’ transportation unit, which in a release last month said it had “upgraded” these validators during 2022 to support open-loop payments and OVpay. NS serves a total of around 1.3 million passengers on a typical work day, Thales said.

The vendor in the same release announced it had won an eight-year, €120 million maintenance and support contract renewal for the validators at 1,700 gates in 400 NS train stations in the Netherlands.

The eight-year contract went to Thales without a bid. Thales said it has maintained the ticketing hardware and software for NS for the past 20 years. Thales also won the GVB validator contract, which the operator is believed to have procured through a competitive bid.

Yet, Thales, which is a major fare-system supplier in the Dutch market and which featured OVpay in a release this week, did not apparently win a contract to supply any of the back offices for OVpay. And it is believed to have missed out on some validator business for other operators it has supplied for some years. A Thales spokesperson did not immediately respond to a request for comment.

Meanwhile, the Telexis unit of Canada-based Enghouse Systems has also supplied technology for OVpay, including at least 6,000 validators, to Transdev-owned Connexxion, which is mainly a bus operator in the Netherlands. Connexxion launched OVpay earlier this year in some of its service areas in the country.

With its strong use of contactless payments at retail and dense population, the Netherlands would appear to be an ideal place to roll out open-loop fare payments nationally. But until the new system supports discounts like those associated with season tickets and flexible passes, the main users of OVpay will remain occasional riders.