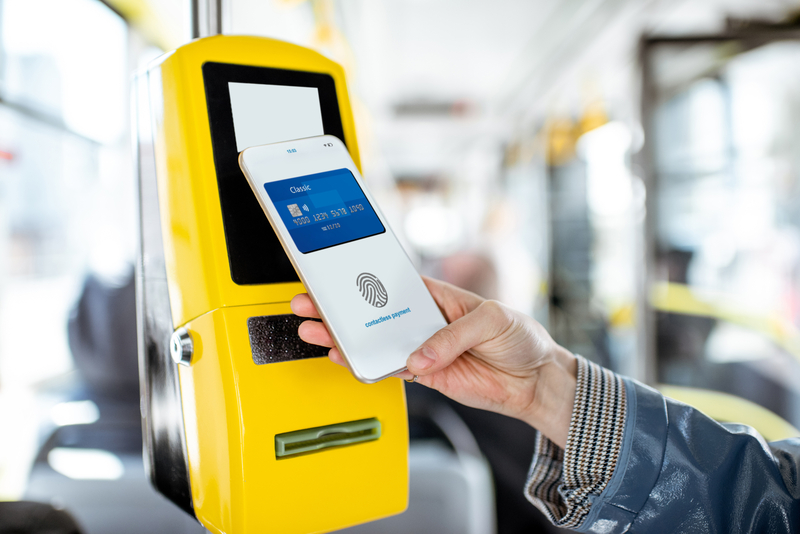 Other parts of the world are far outpacing the U.S. in open-loop rollouts. How to help blunt the impact of high interchange fees for U.S. transit agencies accepting open-loop payments.

Open-loop payment systems are a simple and consumer-friendly option for public transit agencies. They are increasingly deployed throughout the world because they benefit tourists and new and existing riders alike. Anyone can simply tap a card they already own and ride.

The experience is faster and easier for customers than closed-loop systems, attracting those who may otherwise choose an alternative form of transportation. Open-loop payments also promote equity for the most vulnerable by breaking up payments into smaller consumable bits and eliminating tied up funds for trips that may never get used.

Yet other parts of the world are far outpacing the U.S. in open-loop rollouts.

U.S. transit agencies have expressed a key concern–the impact of interchange rates on their revenue. This may weigh down a transit agency’s net revenue since credit and debit networks assess interchange on every transaction.

Why are Interchange Fees of Greater Concern in U.S. than Other Regions?
There are three approaches to interchange regulation around the world: Regulation free, fully regulated and somewhere in between (partial regulation).  However, the way regulators implement the rules can significantly impact the math for each approach.

Europe – Fully Regulated: The European Union determined that unregulated interchange fees for both credit and debit networks inhibited innovation and posed obstacles to progress in the market. The EU responded with Regulation 2015/751 to cap fees for debit at 0.2% and credit at 0.3% of the value of the transaction. These low interchange rates have proven successful, and they have undoubtedly contributed to the growth of open-loop payments for agencies large and small.

Canada – Regulation “Free:” Canada has yet to regulate interchange fees directly. Instead, the government has given a single entity exclusivity in the Canadian debit market, provided it follows a voluntary code of conduct.

This indirect influence has helped interchange rates for debit in Canada remain relatively low. Interac, owned by a consortium of Canadian banks, retains this exclusive status, and both Visa and Mastercard are excluded from providing fully domestic debit cards. To maintain this status, Interac has established a “low-ticket rate” that is roughly CA$0.02 (US$0.015) per transaction.

The Canadian interchange rate for Visa and Mastercard credit is around 2% of the transaction amount.

The Durbin Amendment doesn’t differentiate between merchants that have higher average transaction amounts and those that accept a large volume of small transactions, like public transit agencies. For example, the $0.22 fixed-interchange fee would amount to just 0.6% of revenue for retail merchants with an average debit card transaction of $38. That interchange fee makes up a much higher share of costs on a $2 transit fare.

We find that public transit riders often prefer to use debit cards to pay their fares. For this reason, we’ll focus on debit networks. Let’s compare the impact of interchange on a $2 debit network charge for all three regions or countries using the rates above.

This may be why many public transit agencies in the U.S. continue to rely on extended period passes or allow customers high value-load thresholds for closed-loop cards. They want to raise the average sales amount to reduce the impact of interchange fees. But that comes at the expense of equity for customers who may struggle to pay higher up-front fees.

European agencies have been moving to adopt more consumer-friendly open-payments systems at a much faster rate than agencies in the U.S.

What Can We Do Today to Mitigate U.S. Interchange Fees?
There are two strategies that backers of open-loop payments are employing to combat the impact of interchange rates in the U.S.

1. Aggregating transactions: Historically, suppliers of open-loop payment systems would authorize payment for every transaction that takes place at a fare validator. Each of these transactions normally has been a few dollars or less. Today, many suppliers have implemented methods to aggregate several fare transactions into a single payment.

Aggregating payments by nature does bring with it a measure of risk. For example, If the aggregation period covers more than 24 hours, an agency might find that a whitelisted user had taken multiple rides on a card that is no longer active. That’s why some technology suppliers are providing simple configuration settings, such as aggregation-duration parameters, that can help agencies determine their measure of risk.

2. Special transit interchange rates: In the U.S., credit and debit networks have complex pricing tables that generally split cards into “regulated” and “exempt”– meaning that some banks issue cards that are exempt from federal regulations. The debit networks have more flexibility to determine pricing for “exempt” cards. The tables have pricing for different types of cards and transaction types.

In coordination with Visa, Cal-ITP, a state-backed program in California designed to help transit agencies procure open-loop technology, is currently piloting a special rate available for open-loop payment systems, mainly in California. This lowers average interchange costs from approximately 6% to 2.5%. There is optimism that these reduced fees will be permanently established and will extend to the rest of the nation if open-loop payment suppliers and agencies are vocal about their interest in joining the program and implementing open-loop systems. (Full disclosure: My company is part of the Cal-ITP program through a master service agreement, and we are actively lobbying for the improved fee to be made permanent.)

What Does It All Mean for U.S. Transit Agencies?
Transit agencies in the U.S. have looked at open-loop payments for quite some time and have resisted embracing the technology.

As an industry, let’s call on our congressional representatives to enact more sensible regulations. Transit agencies, tell the credit and debit networks that you want open-loop payments, so they see the demand and ask them for lower interchange rates–competitive with the rest of the world. Being vocal about our interests will make the value of an investment in open-loop payments increase even more.

The companies setting interchange fees are listening, as well. The more interest AmEx, Discover, Mastercard, and Visa hear from transit agencies and their customer bases, the greater the likelihood they will implement interchange fees that reflect the value of those transactions to their core business.

Putting it all together, the reasons for transit agencies in the U.S. to adopt open-loop payments look better than ever. Now is the time to reconsider open-loop payments. The value proposition is strong today, but we can do even better.

Kevin Burgess is director of payments for Bytemark. He has spent more than 10 years delivering products and services for public transportation agencies globally, primarily focused on innovative payment systems with a fintech approach.