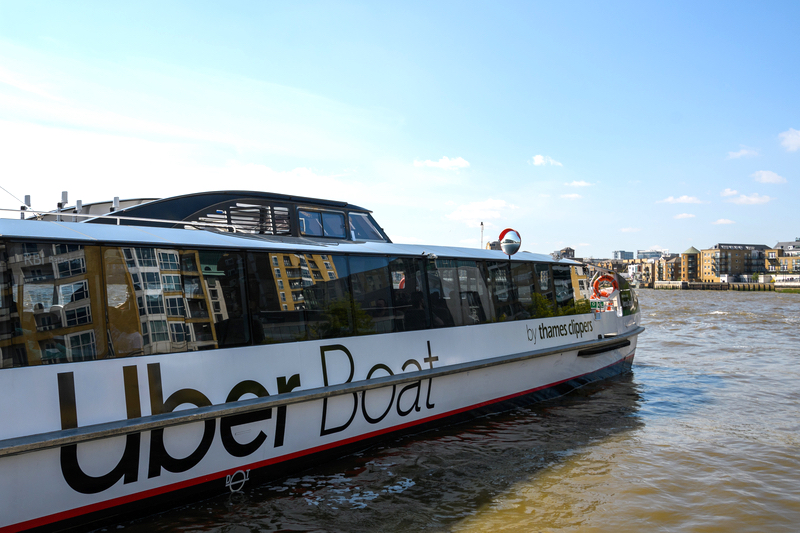 Uber announced it would enable users of its ride-hailing app in the UK to also book and pay for tickets for intercity trains and coaches this summer, along with other travel modes. Uber’s attempt at enabling public transit ticketing in the U.S., however, has not gone as smoothly as planned.

RTC of Southern Nevada said ticketing sales in the Uber app made up 3.7% of nearly $900,000 in mobile-ticketing revenue in September 2021. For the fiscal year ending in 2021, RTC said it had a total of $35.6 million in fixed-route bus revenue, of which sales through Uber accounted for well under 1%. Sales in the Lyft app were even less.

Uber announced Wednesday that it would enable users of its ride-hailing app in the UK to also book and pay for tickets for intercity trains and coaches this summer, along with booking of car rentals. Plans call for adding airline and cross-channel train tickets later this year.

It’s the latest effort by the ride-hailing company to turn its app into what it calls a “one-stop shop for door-to-door travel.” The initiative, described as a pilot, could be expanded to other countries if it works well in the UK.

But Uber’s efforts in the U.S. to incorporate public transit ticketing in its app haven’t gone as smoothly as planned–at least not from the perspective of at least two of the handful of agencies that are working with Uber on ticketing.

As Mobility Payments has reported, the U.S. transit agencies have generally recorded a very low percentage of their mobile ticketing revenues through the Uber app. Moreover, they have been dissatisfied with the amount of data that Uber shares with them. An even smaller number of agencies are partnering with another U.S.-based ride-hailing service, Lyft, and have seen the same results.

‘Travel Length and Breadth of UK with Ease’
Under the new UK initiative, Uber said it will have agreements with a “number of partners” to integrate booking and ticketing in the Uber app. These reportedly will include travel aggregation sites, such as Skyscanner and Expedia. Uber said it would announce the names of its partners in coming weeks and months.

“By incorporating national rail and coach travel, passengers will be able to use the Uber app to travel the length and breadth of the UK with ease,” Uber said in a statement. “For example, when booking a weekend break, users will be able to purchase a train or coach ticket and ensure an Uber is there waiting for them at the station to take them to their hotel.” And Uber said that in the future, likely next year, it would add the ability for users to book hotels in its UK app.

How might Uber earn revenue from the initiative? Besides building Uber’s ride-hailing business for the first- and last mile to and from train and coach bus stations or stops, Uber also is expected to earn money by taking a commission from each booking. And if the partnerships Uber and Lyft have with U.S. transit agencies are any guide, Uber will take a processing fee for handling payments for the tickets and car rentals. U.S. transit agencies now pay a fee of around 5% to the companies.

Uber app users in the UK have already been able to buy tickets on London Thames river ferries, branded as “Uber Boat,” since 2020. Uber said it has sold a cumulative 100,000 tickets for the ferries, run by Thames Clippers. The electronic tickets display as a 2D barcode, which are scanned. UK-based Masabi provides the ticketing service for Uber Boat, connecting with the Uber app through an SDK. Masabi also provides transit ticketing in the U.S. through the Uber and Lyft apps.

Uber Deals with Transit Agencies
Uber has been working with transit agencies since at least 2019, when it began integrating public transit schedules in its app. It also provides on-demand service for a number of agencies under contract. In all, Uber said it works with 500 agencies in various capacities, including the Massachusetts Bay Transportation Authority, or MBTA; the Washington (D.C.) Metropolitan Area Transit Authority, or WMATA; and the Dallas Area Rapid Transit, DART.

Uber has only a small number of deals to sell tickets for public transit agencies in its app. In addition to Thames Clippers for the Uber Boat in London, the other agencies, as of November, were all in the U.S: RTD Denver; RTC of Southern Nevada; the NEORide group, with transit agencies in Ohio, Kentucky and Michigan; and Fire Island, in New York.

RTD Denver, the first agency to launch ticketing in the Uber app, in May 2019, reported that tickets purchased through Uber made up just 2.4% of all mobile-ticketing revenue, which totaled $576,000, in Feb. 2021.

Also in figures obtained by Mobility Payments, RTC of Southern Nevada, which serves Las Vegas and the surrounding region, said ticketing sales in the Uber app made up 3.7% of nearly $900,000 in mobile-ticketing revenue in September 2021. For the fiscal year ending in 2021, RTC said it had a total of $35.6 million in fixed-route bus revenue, of which sales through Uber accounted for well under 1%. Sales in the Lyft app were even less.

The two agencies, which still tout their participation in the third-party ride-hailing apps, as well as trip-planning app Transit, did complain about the data they receive from Uber and Lyft.

Tonya Anderson, RTD’s manager of electronic fare operations, said last fall that the agency does get sales data from every ticket sold in third-party apps, including such information as the type of ticket sold and when the tickets were activated. But she said the omission of origin and destination data for the customers who book and pay through the ride-hailing apps is “really challenging.”

RTC of Southern Nevada said it wants to get payments information from Uber and Lyft for customers who buy tickets in the ride-hailing apps. The information could help with the agency’s fraud-prevention efforts.

“Las Vegas is a transient city, and we see a new customer on our transit system in the resort corridor every three days,” Michelle Whitney, manager of revenue operations, told Mobility Payments last fall. “Preventing fraud on our mobile app platforms is challenging when our partners are not passing through the customer purchase information, i.e., card type, card number, cardholder name, etc.”

Both Uber and Lyft told Mobility Payments last fall it had not received complaints about data sharing from any transit agency.

Whatever the case, it appears now that with the impact of the pandemic receding, Uber is ready to expand its initiative to create an all-in-one travel app. The company did not mention whether it would seek partnerships with local transit agencies in the UK–though that might be difficult since agencies use contactless closed- and open-loop ticketing throughout the country. 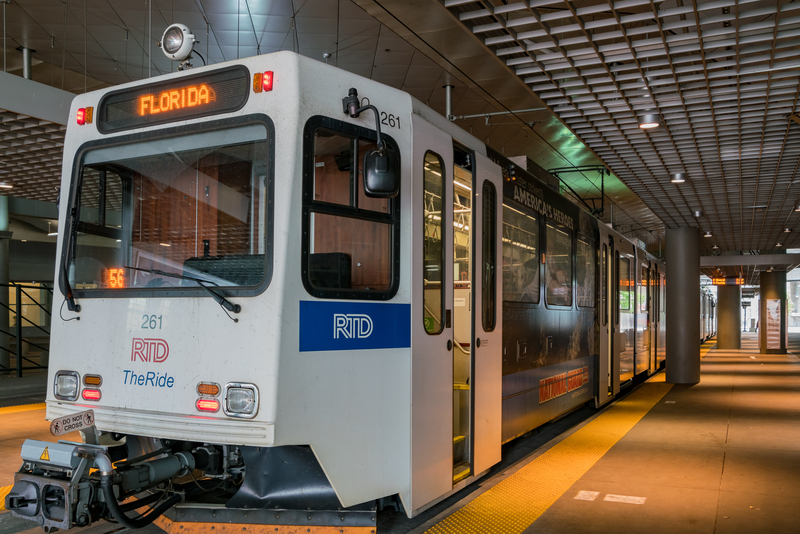 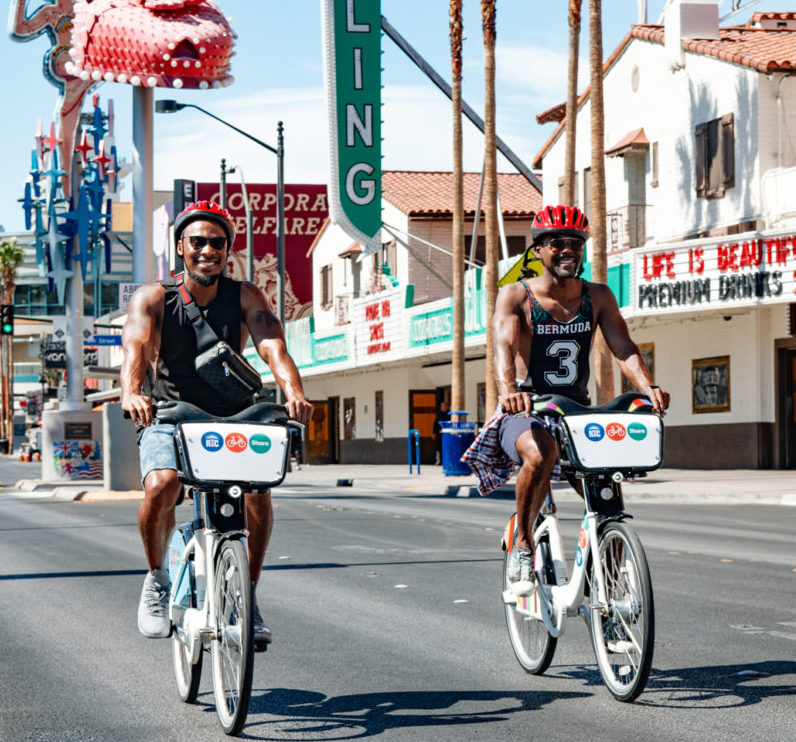