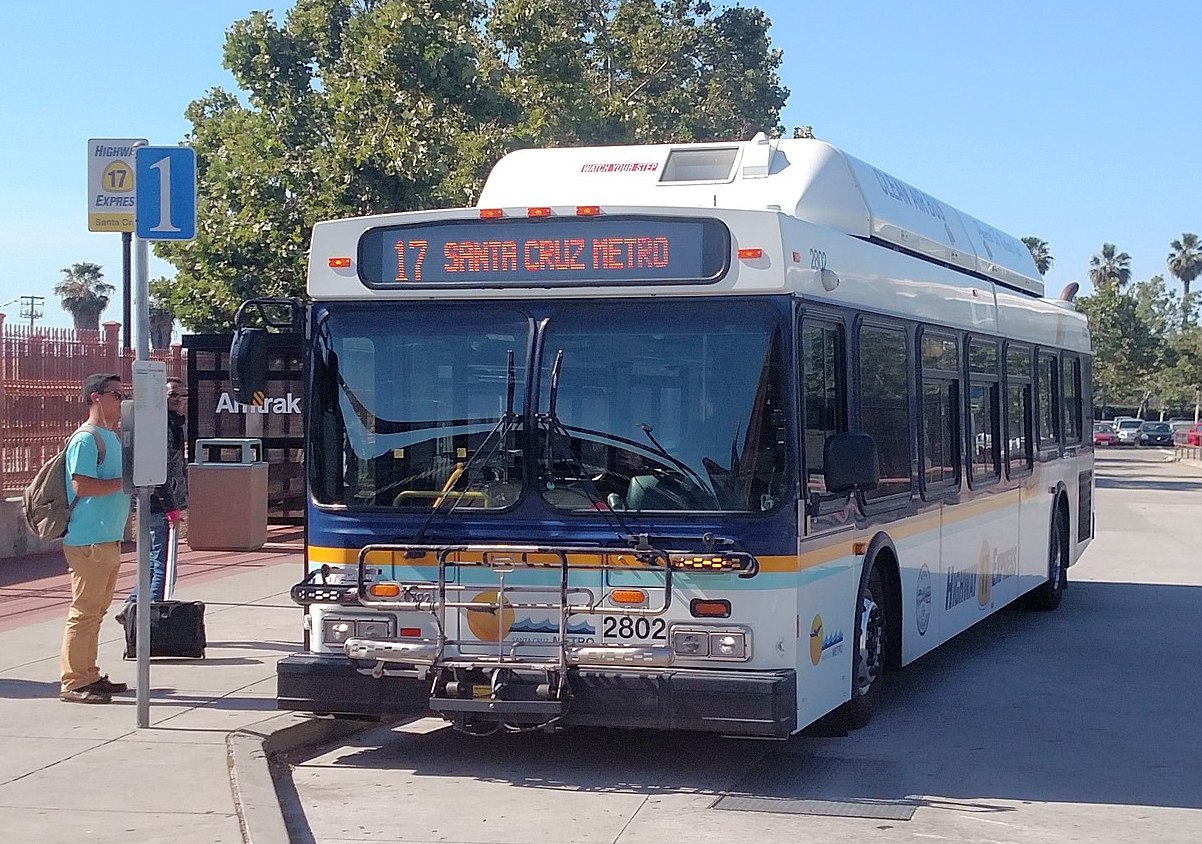 California bus operator Santa Cruz Metro is the fifth transit agency that is testing acceptance of contactless EMV payments or planning to do so under the state’s Cal-ITP initiative. Among other things, the program seeks to create a ‘mobility marketplace’ for agencies to buy components to set up interoperable open loop payments systems.

A study commissioned by Cal-ITP and released last year estimated that cash-handling costs for transit agencies amount to around 13% of the cash collected.

California transit agency Santa Cruz Metropolitan Transit District said it plans to launch a pilot of contactless open-loop payments in early 2022, as it seeks to increase customer convenience and reduce use of cash on board its buses, Mobility Payments has learned.

The planned pilot, not yet announced, would be conducted under the California Integrated Travel Project, or Cal-ITP. The state initiative aims to help the 300-plus transit agencies in California to procure interoperable open-loop payments technology, as well as offer more real-time transit information and discounts to riders. With these enhancements, officials hope to begin reversing chronically falling public transit ridership and ultimately to reduce the number of cars on California’s clogged freeways.

Pete Rasmussen, transportation planner at Santa Cruz Metro, told Mobility Payments that the agency decided to test the technology to provide more convenient payments options to customers. “Many people these days prefer to use debit or credit cards rather than carrying cash, and even if someone carries cash, having the exact fare for the bus requires pre-planning,” he said.

At present, four transit agencies, all of them small, have launched six month demonstration pilots under the Cal-ITP program. The first to launch was a bus agency serving the cities of Monterey and Salinas, followed by a light-rail operator in Sacramento and two bus operators serving Santa Barbara city or county.

Santa Cruz Metro, which had a pre-pandemic ridership of around 5.1 million in 2019, could be the fifth agency to test the technology, depending on when it launches. Santa Cruz is located about 75 miles south of San Francisco.

Seeking to Eliminate Cash
Rasmussen said the pilot will be held on the agency’s Highway 17 Express bus route, which charges $7 for one-way full fares. Given that fare amount, “loading a bus full of passengers feeding dollar bills and coins into a fare box can be rather slow,” he said.

The agency wants to encourage use of cashless options for the express route, as well as its regular fixed-route buses. These options could eventually include an agencywide rollout of acceptance of EMV payments, along with new closed-loop reloadable cards and a continuation of its mobile-ticketing service.

For customers who don’t have credit or debit cards or don’t want to use them to pay fares, the agency plans to enable riders to top up their closed-loop cards or mobile apps at a network of retail cash-loading points run by such fintechs as InComm Payments and Handle Financial’s PayNearMe, Rasmussen said.

“If that is successfully adopted by our customers, we would like to eventually eliminate cash acceptance on the bus itself,” he said, adding: “More likely is that we would keep our (cash) fare boxes to allow cash for walk-up customers, but with that representing a very small percentage of boardings.”

Santa Cruz Metro now accepts exact-change cash payments, along with paper passes on its buses. The agency also introduced a mobile-ticketing app, Metro Splash Pass, around a year ago. It uses a white-label app and software-as-a-service ticketing and payments platform from UK-based Masabi.

Most of the mobile tickets are validated with visual inspection by bus drivers. But Santa Cruz Metro recently installed Masabi validators on board the Highway 17 Express route buses, which make up around 17% of the agency’s bus fleet. Customers can scan QR codes on their smartphone screens on these validators.

Masabi is likely involved in the Santa Cruz Metro open-loop pilot. Its validators are usually technically ready to accept EMV contactless payments in addition to closed-loop cards. And Masabi told Mobility Payments in August it would be participating as a technology supplier for a six-month Cal-ITP pilot in the U.S.

It would be the first open-loop pilot for the company in the U.S. and only the second globally–the other being in Bilbao, Spain. UK- and Australia-based Littlepay, a payments service provider and transit transaction processor, is expected to be involved in the Santa Cruz pilot, as well. Littlepay also supplies technology for the other four pilots.

But Cal-ITP backers are promoting use of alternatives to proprietary closed-loop cards. These might include white-label EMV cards that transit agencies could issue as closed-loop reloadable cards. The alternatives also could include open-loop prepaid cards issued by fintechs. These cards or credentials on NFC phones would use the same EMV payments rails as credit and debit cards.

Still, with California’s large unbanked and underbanked populations, transit agencies likely will still need to offer a cash option for years to come, a reality that Santa Cruz Metro’s Rasmussen appears resigned to.

But he and the Cal-ITP program are seeking to reduce the share of cash-paid fares to as little as possible. A study commissioned by Cal-ITP and released last year estimated that cash-handling costs for transit agencies amount to around 13% of the cash collected.

Cal-ITP, through the state Department of General Services, is now in the process of evaluating bids from vendors that can provide fare validators and also from suppliers of fare-calculation software. The state is expected to award multiple contracts for each product as it builds what it calls a “mobility marketplace.” The state has already let two contracts for open-loop payments processing.

The contracts seek to bring the state’s procurement clout to bear,  offering qualified vendors and likely lower prices to agencies. Cal-ITP said it would open the procurement to other states, as well. The agencies would be able to buy the “plug-and-play” components, likely using government grant funds, and the state would also help them find sources of EMV implementation support.

The Cal-ITP study envisioned the possibility of open-loop fare payments ramping up this year and achieving “full coverage” by 2025. That timeframe appears to be optimistic, however, given the fact that transit agencies in the state are only conducting small pilots to date. 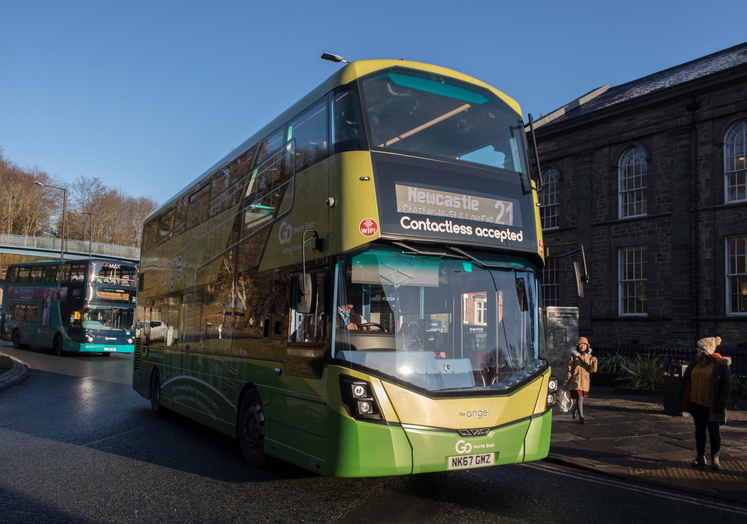 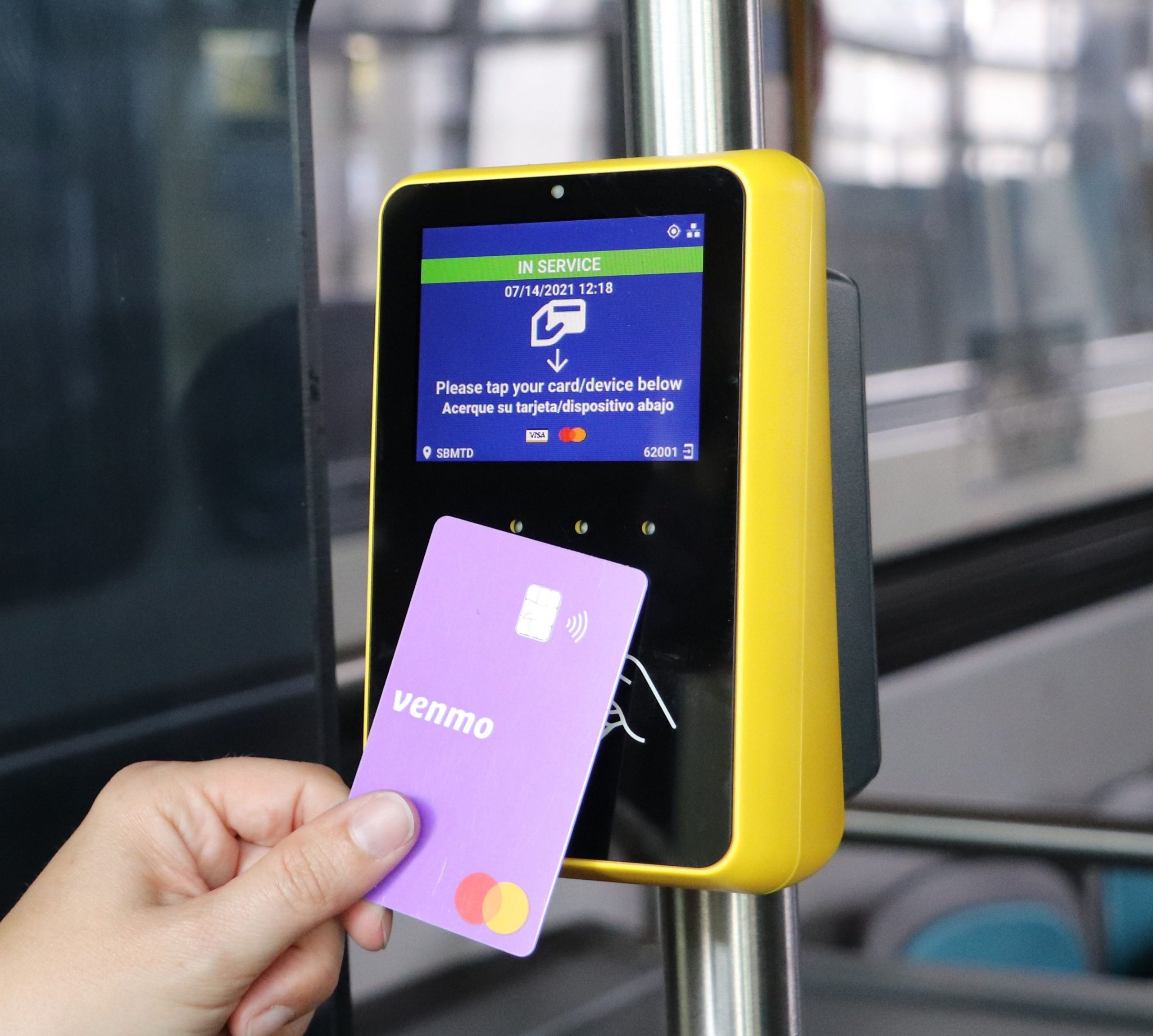