Tiny Monterey-Salinas Transit launched a six-month trial of open-loop payments that could be the first of dozens of small agencies launching the technology. That’s because the demo project is backed by the large California Department of Transportation, as part of its California Integrated Travel Project, or Cal-ITP. This initiative aims to help the 300-plus transit agencies serving California’s nearly 40 million residents to make “riding by rail and bus simpler and more cost-effective.”

(This premium article was originally published in May 2021. © Mobility Payments and Forthwrite Media. This story has been updated).

That’s because the demo project is backed by the large California Department of Transportation, as part of its California Integrated Travel Project, or Cal-ITP. This initiative aims to help the 300-plus transit agencies serving California’s nearly 40 million residents to make “riding by rail and bus simpler and more cost-effective.” Several more agencies in California, including small ones, are expected to launch open loop as part of this program.

State officials have decided that helping agencies to enable customers to pay with contactless EMV bank cards and NFC wallets can put the state’s disjointed fare collection landscape on track with an interoperable, standards-based approach. The California Department of Transportation, or Caltrans, and the Cal-ITP initiative also plan to promote standards to offer public transit riders trip planning and fare discounts.

“There are hundreds of public transit providers in California—with no single system for collecting fares, verifying eligibility for fare discounts or providing up-to-date vehicle arrival information to riders,” Cal-ITP said in a statement. “This lack of uniformity creates barriers for new riders, complicates travel across different systems and increases expenses for individual providers.”

Update: Cal-ITP works with local transit agencies and vendors to help move the rollouts of the interoperable mobility technologies forward. That assistance is mainly to use its clout to set up what are considered bench contracts to line up qualified vendors from which individual transit agencies can purchase components of an open-loop contactless fare collection system. The state in the spring issued a draft RFPs with formal RFPs expected this summer. They will ask for bids on payment-acceptance devices, or “PADs,” such as validators; and for fare-calculation software. The state has already hired two companies, Elavon and Fiserv, to serve as payments processors or acquirers.

It’s unclear how individual transit agencies, especially small ones, will pay for these components, though some agencies, including in other states, have used federal and, in some cases, state grant funds for this purpose. But at least one California state official told Mobility Payments recently that the state has no plans to fund the equipment or software purchases.

One of the first results of the Cal-ITP initiative is the six-month demonstration project that Monterey-Salinas Transit, or MST, has launched, following delays. That included installing new validators for the trial on around 120 of its fixed-route buses serving various central California coastal and nearby towns. It took one year to implement the rollout, according to MST, noting that that the work went on during the pandemic. End update.

Visa is helping to sponsor the open-loop payments trial, which will enable users to tap to pay with either Visa or Mastercard-branded debit, credit and prepaid cards and card credentials carrying these brands on any of four NFC payments services, Apple Pay, Google Pay, Samsung Pay and Fitbit Pay.

Visa did not say in its announcement what it provided for the project, and the transit agency, MST, only said generally that it was working with Visa to enable EMV payments. But Visa is featured in a video put out by MST to introduce the service to customers, which indicates Visa may have provided funding for the project in exchange for promotional consideration.

Also working on the project is Visa-owned Cybersource, which Visa says can provide payment and fraud management tools and a network of “partners and acquirers” for transit fare payments projects. Cybersource also offers processing and payments gateway services.

Update: For this project, UK- and Australia-based Littlepay, which is an open-loop fare payments gateway and service provider, will supply the transit fare-payments processing or fare calculation for MST. That includes applying discounts, such as fare capping. Littlepay said it is working with four other transit agencies in California to launch open-loop payments as part of the Cal-ITP program, though declined to name them. MST is the first transit agency in California to launch open-loop payments. In late June 2021, the Sacramento Regional Transit District announced it had launched an open-loop pilot on its light rail network. A state official said at least two more pilots were planned in California’s Central Valley. End update.

It’s noteworthy that the open-loop service for Monterey-Salinas Transit will offer customers fare capping for not only daily fares (when fares reach $10), but also weekly ($50) and monthly ($95) capping of fares, using Littlepay’s technology. This could allow customers, especially low-income riders, to avoid what they might consider upfront costs for period passes and instead pay as they go.

Since some customers cannot or will not use bank cards to pay for transit fares, MST made a point of saying that during the six-month demo and beyond, it will continue to accept cash, as well as its reloadable closed-loop contactless GoCards and its daily, weekly and monthly GoPasses on board its buses. Caltrans, citing a U.S. federal government report, said that around 5% of households in California do not use any banking services and fully 25% or more residents are either unbanked or underbanked. So transit agencies need to offer alternatives. That leaves at least 70% to 75% of residents that could use contactless bank cards or card credentials in NFC wallets to pay for fares, if they chose to do so.

“Customers don’t need three different cards to buy coffee in San Francisco, San Diego and Monterey, so why should they need three different payment methods to ride transit in those three cities?,” MST CEO Carl Sedoryk said in an earlier statement. “With this new model, anyone holding a contactless bank card or payment-enabled device could conceivably purchase transit wherever they are.”

Update: Officials stress that equity is one of the goals of the initiative. They say they will “facilitate” new digital payments methods from fintechs and other companies that will reach people without access to the traditional banking system. These include the Square Cash app, which enables users to send and receive funds and add value to a companion debit card, that uses EMV technology. Monterey-Salinas Transit plans to introduce Square Cash cards soon, said Sedoryk in late June. Other agencies adopting open-loop contactless EMV cards will likely do the same.

Transit officials in Los Angeles and San Francisco, among others, have so far shunned open-loop payments in favor of their closed-loop card programs. But these large agencies usually have the resources to contract for and implement rollouts of new payments services.

Many of the 300 public transit agencies serving California’s cities, towns and rural areas do not, which is where the California Department of Transportation and its Cal-ITP project could provide help, at least by contracting with vendors in what backers say will be a plug-and-play framework to help them build open-loop fare-collection systems and also to find alternatives for their unbanked and underbanked customers. End update. 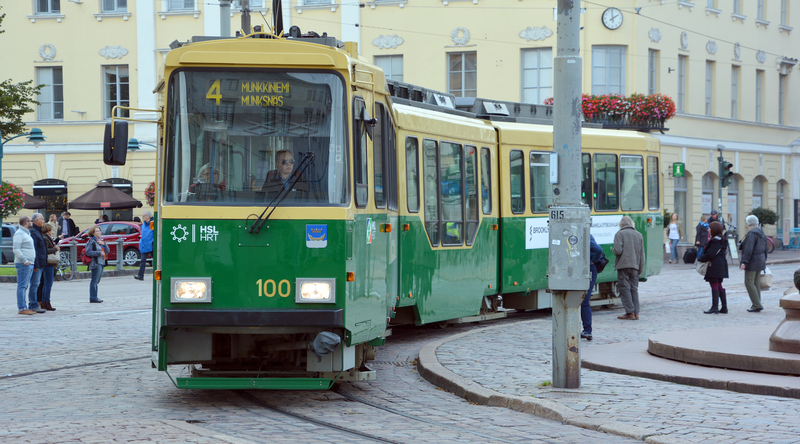